The Art Directors Guild (ADG, IATSE Local 800) expands its participation as Founding Sponsor in the ground-breaking Eagle-Con. Bringing together science fiction, fantasy, comic books, and superheroes, the convention, themed “Amazing Abilities and the Body Fantastic,” will be held at Cal State LA on March 7-9, 2019.

Highlights include the presentation of the first “Imaginator Award” to noted Production Designer Oliver Scholl by Art Directors Guild National Executive Director Chuck Parker. Past Guild President, Mimi Gramatky, will moderate a roundtable titled “Getting into the Industry” on March 7, and later that day the ADG will sponsor the opening reception of a major exhibition. The exhibit will be a concept-to-post-production display of the art behind Spiderman: Homecoming, created by Oliver Scholl and his team, who will be present during the reception.

March 9th is Babylon 5 day. Among the events on day three are panels including B5 Production Designer John Iacovelli and some of his team, and Visual Effects Artists who worked on the same iconic series. Also featured is a drawing workshop lead by graphic artist Pierre Bernard Jr.

Below is the schedule of the ADG Activities at Eagle-Con. 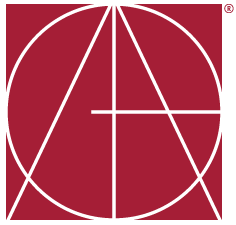 11:00am – 1:50pm – Drawing Workshop with Pierre Bernard Jr.
U-SU Los Angeles Room C
Want to learn how to draw awesome characters from science fiction and fantasy? Special guest instructor Pierre Bernard Jr. from the Art Directors Guild (and the Conan O’Brien show) will teach you how with live models. Drop in throughout the day for mini-workshops and bring the whole family!

Autodesk announced that it has acquired Solid Angle, developer of Arnold, an advanced, ray-tracing image renderer for 3D animation and visual. […]

Blackmagic Design has announced that its Blackmagic Micro Cinema Camera was used in the filming of key action sequences on Marvel Studios’ Captain Marvel. The twenty first installment in the Marvel Cinematic Universe was lensed by cinematographer Ben Davis, BSC (Avengers: Age of Ultron, Doctor Strange and Three Billboards Outside Ebbing, Missouri). The Blackmagic Micro Cinema Camera was used throughout the principal photography, which largely took place on location in Los […]

June 29, 2022 Edward Douglas Crafts, Direction, Director Series, Featured, Film, Industry Sector, Interviews Comments Off on The Black Phone Director Scott Derrickson on Recreating His Childhood Fears From the ’70s and How He Met His Co-Writer

Director Scott Derrickson has had a pretty interesting career since making The Exorcism of Emily Rose in 2005. He helmed the Keanu Reeves-led remake of the classic sci-fi film The Day the Earth Stood Still, only to return to the horror genre with Sinister, which put him in business with prolific producer Jason Blum. and marked his first time working with Ethan Hawke. The success of that film led him […]