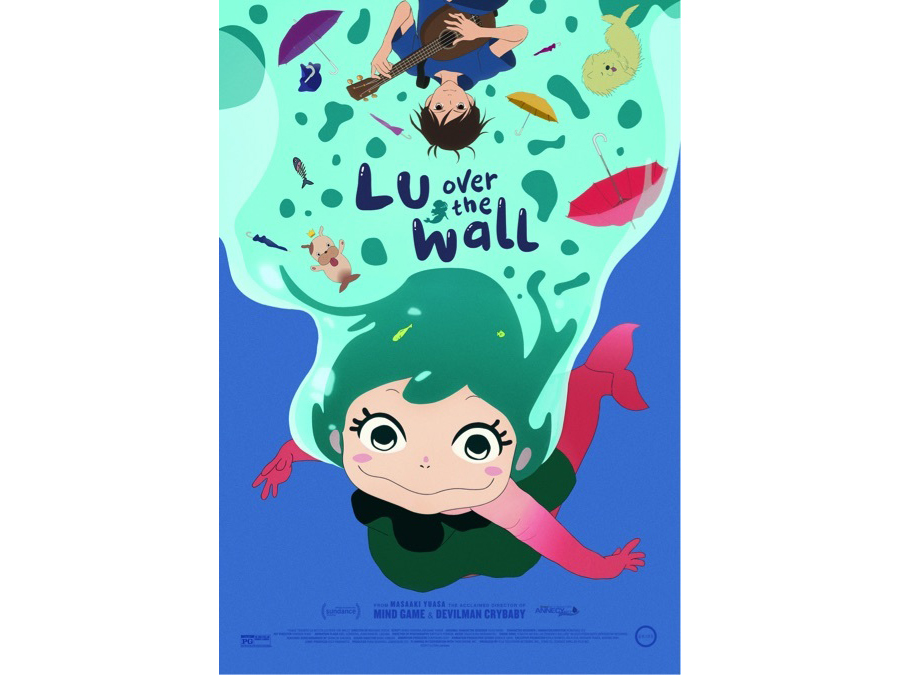 From visionary anime auteur Masaaki Yuasa, comes a joyously hallucinogenic, but family friendly take on a classic fairy tale about a little mermaid who comes ashore to join a middle-school rock band and propel them to fame.

GKIDS, the acclaimed producer and distributor of animation for both adult and family audiences alike, is proud to present director Yuasa’s new feature film, Lu Over The Wall, to be released nationwide on May 11, 2018.

The movie has already received the Grand Prize at the prestigious Annecy International Animation Festival and the English dubbed version was an official selection of the 2018 Sundance Film Festival. Michael Sinterniklaas from Your Name, abd the beloved Teenage Mutant Ninja Turtles along with Stephanie Sheh from Sailor Moon Crystal, lend their voices to the jubilant film.

Yuasa’s genre-mixing mastery will leave you humming, long after you leave the theater.

Alkemy X has signed award-winning director and cinematographer Jonathan Yi for exclusive representation for advertising projects. A multi-talented filmmaker, Yi recently collaborated with Alkemy X on a series of spots for the Virginia Tourism Corporation and The Martin Agency. The latest addition to the agency’s iconic Virginia Is for Lovers campaign, the LoveShare spots debuted in the wake of the white supremacist rally in Charlottesville. In discussing his decision to […]

When Generoso Pope, Jr. purchased the newspaper The New York Enquirer in 1952, ostensibly with an interest-free $75,000 loan from mob boss Frank Costello, events were set in motion for the evolution of a world-renowned tabloid, known since 1954 as The National Enquirer. Enter director Mark Landsman, who claimed that “the story found me,” in creating a whirlwind examination of The Enquirer for CNN. “I was out to dinner with […]

A panel of mental health experts will offer advice for post-production professionals on how to avoid burnout and achieve better work/life balance in the next edition of Post Break, the webinar series from Post New York Alliance (PNYA). The free event is scheduled for Thursday, December 2 at 2:00 p.m. EST. Professionals in the film and television industry often work long hours and face deadline pressures that can adversely affect […]