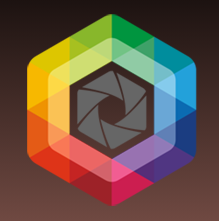 The International Cinematographers Guild (ICG, IATSE Local 600) 59th Annual ICG Publicists Awards Luncheon, themed “We’re Back!,” will return to an in-person ceremony following the Covid-19 pandemic, at The Beverly Hilton Hotel on Friday, March 25, 2022.
The awards, which traditionally occur the Friday prior to the Academy Awards®, will be presented in the following categories: Motion Picture Showman of the Year, Television Showman of the Year, Maxwell Weinberg Publicist Award for a Television Campaign and for a Motion Picture Campaign, Les Mason Award for Career Achievement in Publicity, Bob Yeager Award for Community Service, Publicist of Year, Lifetime Achievement Award, Press Award, International Media Award and Excellence in Unit Still Photography for both Motion Pictures and for Television. Returning as Awards Chairs this year are Tim Menke and Sheryl Main.
In lieu of the traditional awards luncheon last year, the Publicists of the ICG raised over $60,000 for the Local 600 Hardship Fund. The Fund assisted fellow industry publicists and guild members who have suffered due to the COVID-19 pandemic and needed support.

Next week is Thanksgiving, so this will likely be the last End of Week Production Notes for November as Hollywood tends to shut down, although I’m guessing some productions will just keep going through the December holidays to make up for any lost time. This week’s COVID production issue comes from the world of daytime television as CBS‘ long-running The Bold and the Beautiful  received a positive test return for a crew member […]

Union Roundup: If the Supreme Court Overturns Roe v. Wade, It Will Have Major Consequences for Hollywood

May 10, 2022 Mark London Williams Columns, Community, Featured, Film, Industry Sector, Television, Union Roundup, Who's Where? Comments Off on Union Roundup: If the Supreme Court Overturns Roe v. Wade, It Will Have Major Consequences for Hollywood

The Ankler, as many readers know, is one of the most recent entries into the roiling, chumming waters of “Hollywood trade publications” with a growing online presence, multiple newsletters, and most recently, a podcast. They remain gleefully puckish in their outlook (not to be confused with “optimistic”) about showbiz, along with their mission of rooting out the scabrous. And of course, if anything has remained steady in a hundred years […]

AGITO Trax Adds to Emotion of Adele One Night Only

Adele One Night Only, performed at the Griffith Observatory in Los Angeles on October 24th and aired on CBS on Sunday, November 14th, incorporated a Motion Impossible AGITO Trax modular dolly system from John Perry in Los Angeles – who owns both the Trax and Sports drive options – to help bring about the emotion of the singer’s performances for the two-hour CBS special, including three new songs from her […]