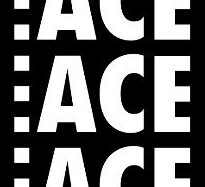 The American Cinema Editors (ACE) has announced that the 71st Annual Ace Eddie Awards will now take place virtually on Saturday, April 17, 2021 at 11AM PT/2pm ET, shifted forward a day from the previously planned ceremony date. Nominations will still be announced on March 11, ballots having been sent out last Friday, February 19, and due on March 8.

ACE Executive Director Jenni McCormick stated, “With numerous events occurring virtually this year, ACE is shifting to a date and time that avoids overlapping with other shows and allows the post-production community to celebrate each other’s accomplishments together. We chose a mid-morning format that will allow attendance from our global membership and supporters.”

As previously announced, prolific filmmaker Spike Lee will be honored with the ACE Golden Eddie Filmmaker of the Year Award, recognizing a filmmaker who exemplifies distinguished achievement in the art and business of film. The awards ceremony will unveil winners for outstanding editing in 14 categories of film and television including this year’s newest categories: Best Edited Animated Series (Non-Theatrical) and Best Edited Variety Talk/Sketch Show or Special.

Two Career Achievement recipients presented to film editors of outstanding merit and Honorary award recipients will be announced in the coming weeks leading up to the April 17th awards ceremony.

For the past few months, the International Alliance of Theatrical Stage Employees (IATSE), which includes 13 Hollywood local unions, has been trying to negotiate a new contract with the Alliance of Motion Picture and Television Producers (AMPTP) i.e. the management, before the contract expiration deadline, which has been extended a number of times already. The current deadline is this coming Friday, September 10, and the heads of the two groups will be meeting […]

The Society of Camera Operators (SOC) today announced the recipients of its Lifetime Achievement Award for Technical Achievement to SHOTOVER: The SHOTOVER K1 6 Axis Gyro-Stabilized Camera Platform and That Cat Camera Support: the patented Silent Cat Camera Slider. The SOC hosted a full day of demonstrations with fifteen technologies presented to the blue ribbon panel of judges, which was a group of award winning active members of the Society. “It was […]