This year’s Oscar nominees for Best Costume Design present voters with an array of wildly different choices, each deserving in their own way. Consider, for example, Jacqueline West’s fantasy-oriented costumes in Dune, which landed West her fourth nomination, or Jenny Beavan’s fashion-centric garments in Cruella, which garnered Beavan an impressive 11th nomination. The Academy could also be partial to the classy, more traditional period dresses designed for Nightmare Alley by Luis Sequeira, who won an Oscar for The Shape of Water. There’s also a chance that voters may choose to reward Paul Tazewell’s colorful costumes in West Side Story.

This week, however, Below the Line spoke to Massimo Cantini Parrini, who was responsible for the undefined period piece costumes in Joe Wright’s epic musical Cyrano. The film, which revisits the Edmond Rostand tragicomedy of Roxanne and the titular tragic poet, premiered at last year’s Telluride Film Festival, and Massimo, having received the film’s sole Oscar nomination along with fellow costumer Jacqueline Durran (who designed the costumes for Roxanne), was excited to talk about his creative journey on the project. In fact, he was nominated in this same category just last year for the Italian movie Pinocchio, and back then he lamented his inability to attend the Oscars due to the COVID travel restrictions that were in place at the time.

Wright’s version Cyrano stars Peter Dinklage as the title character, and it’s styled as a musical set in an unspecified European kingdom during an unspecified time period. This ambiguity afforded Wright and his collaborators great leeway in fashioning visually striking images, which we explored with Massimo.

Read on for Below the Line’s interview with one of the two Oscar-nominated costume designers behind Cyrano. 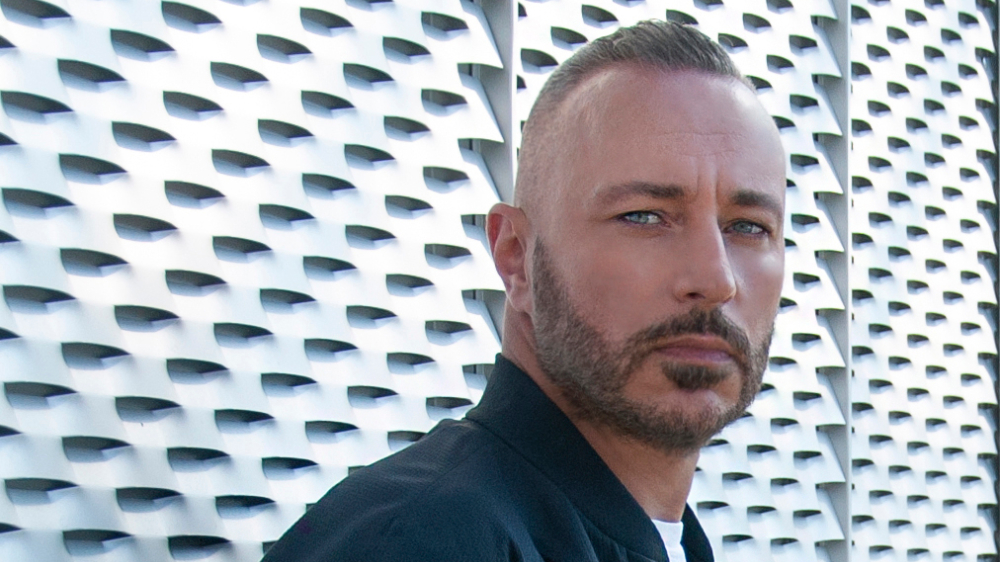 Below the Line: Congrats on your second Oscar nomination, Massimo! How does it feel?

Massimo Cantini Parrini: [laughing] Life is very different than it was two years ago. I do feel like Miss Universe, except they gave the crown to another one! I’m joking. Obviously, I’m so excited. For me, for an Italian, it is very rare to get nominated here. So I’m very happy and I’m very proud of my work.

BTL: How did you get involved in Cyrano and how did you react upon being asked to participate?

Cantini Parrini: Well, all of a sudden I get a call from the film’s Italian producer, Enrico Ballarin. They were looking for a costume designer for this film. And frankly, given my experience mostly on Italian films, I could not believe that something like this could be happening. He sent the director, Joe Wright, all the information he had about me because Joe had no idea who I was. Enrico told Joe about my work on Pinocchio and told him that everyone had really liked my work on that film. So we had a Skype call — Enrico, Joe, and I. Joe was the most darling and accessible person I had encountered in this business. For me, I immediately fell in love with the project, and with Joe’s vision. If it were up to me I’d do a lifetime contract with Joe because he has a tremendous vision of the world, a tremendous understanding of the cultures of the world. Even now I can’t believe it, because Cyrano is one of the most beautiful films that I have ever participated in.

BTL: Cyrano is a known quantity — it’s a play and there have been other movies. Were you influenced at all by past versions of this story or were you focused on your own fresh approach?

Cantini Parrini: It’s true that Cyrano has been presented in a countless number of cinematic productions and in theater productions. I didn’t want to see any of them. I didn’t want there to be a contamination. For me, the important thing when I get called to a project that has been done before is the originality of your own signature on it. The most important thing for that is your relationship to the director. It’s typically the case, and it was definitely the case here, that the director had their own vision. So it was here [that] Joe and I started to design all the characters and we purposefully made all the costumes for the film new.

BTL: Give me an overview of what you designed?

Cantini Parrini: We ended up designing more than 700 costumes for 700 characters. Divide them up into four groups: the military, the sisters, the bourgeois, and the nobility. Call them the four pillars of the film. It was important for me to do everything new, and the production team helped us out with that. It was a lot of work, but very beautiful and rewarding. A handful of costumes here or there were maybe purchased for very minor characters. Everything else [was] totally new and designed and created afresh.

BTL: So how did you go about creating so many costumes?

Cantini Parrini: We did not have a lot of time — only 27 days, and with COVID, all of our shipments were delayed. Still, the creative process begins for me, certainly for films of this nature, in museums. You need to enter the past. The inspiration can’t come from the present, it has to be anchored in the history we see in museums. I traveled to several period museums in London and Rome. I saw some very light dresses and pieces in these museums, they were very light and almost transparent. Some of those were early sources of inspiration. Even for the military garb, we strived to make everything light and easy to flow, for the dancing.

BTL: I know you didn’t like this question the last time we spoke but I have to ask it again — which of the four groups was your favorite to work on, and why?

Cantini Parrini: Oh. Favorite? [laughing] First I have to tell you the truth, I loved them all. But if you forced me to pick, it would be the nuns. Because I wanted to give a spin on the idea of what a traditional nun looked like and I had a lot of fun making it up and coming up with a diverse series of costumes for them. Maybe it’s blasphemous to say I wanted to change what nuns looked like, but I put a touch of my own vision there. So, for example, even they had outfits that were light, quasi-transparent, with easy colors. The idea was to make them resemble paradise.

I guess I’d have to add the main characters in the film that I worked on — Cyrano, De Guiche (Ben Mendelsohn), and Christian (Kelvin Harrison, Jr.) — but the nuns were definitely my favorite. Oh, the little sheep in the theater play were fun too.

BTL: Was it more challenging for you given the film’s ambiguous location and ambiguous baroque time period?

Cantini Parrini: No, way easier. You felt free to do everything. When you don’t have an era or a place, you can do what you want. And this is another way in which Joe was so clever. Cyrano, of course, typically takes place in France in the 1700s. Here, by removing it from there, he expanded everyone’s artistic license. But this resulted in him constructing a film that worked like a perfect sphere, like a self-contained bubble. If you notice, he made all the technical elements — costumes, direction, cinematography, makeup and hair, sets — look symbiotic together. The same color tones, the same styles. He created his own little world and this was possible in part [due] to the freedom of not being tied to a particular time and place.

BTL: What were some of those colors that stood out to you?

Cantini Parrini: We talked to Joe about this many times. The colors we all used were the colors of the natural set where we were shooting, of the nature around us. If the walls were blue, the costumes were blue. If the walls were purple, the costumes were purple. Even in the scene of poetry and the balcony, the noble ladies are dressed in the color of the cinematography. I bought mostly natural colored fabric so that I could have the freedom to dye it all.

Cantini Parrini: Well, casting Dinklage in the film was exceptional. It was a very raw way of presenting the issue of the nose that Cyrano typically had, but in a more natural way, a more modern way, even. But Peter acts so well, and so much with his eyes, that the sort of “issue” with him disappeared. Cyrano becomes magically like everyone else in the film, at least physically. So we made his costumes very similar to that of the other soldiers. Rather, all of the military characters are inspired first by Cyrano’s costume. And the way we did his costume was, we substituted all the traditional stitching with buttons. The buttons gave it a lot of appealing visuals but also made the costume more movable, more comfortable, because it was a very active role and there was dancing as well as fighting. We used linen for the costume. We had kilometers and kilometers of linen. The bourgeois also used linen, like the military. The nuns used a bit of silk as well. Again, it goes back to the idea of light and transparency, which was the whole costume theme of the movie. Linen has structure but it’s light.

BTL: Last year, you weren’t able to attend the Oscars, but what about this year? And, if do attend, what are you planning to wear?

Cantini Parrini: They’re saying “yes” right now. I would like to wear a sheep costume on the red carpet, like in the movie. [laughing] Well, I don’t know if someone would like to dress me, but I like “classy,” so a very elegant tuxedo, I hope.

September 1, 2016 Staff News, Who's Where? Comments Off on mOcean Hires Mitch Monson as Creative Director/Client Partner

mOcean announced that they are pleased to welcome Mitch Monson as creative director/client partner, where he will deepen the creative marketing agency’s footprint in motion design. An Emmy-winning designer, Monson has collaborated with some of the top television networks and brands in the world, including ABC, Al Jazeera, Canal+, Comedy Central, FOX, HBO, Showtime, Canon, IBM, and Nike. He was also instrumental in creating one of the most unique and recognizable […]

Whales communicate through distinctive calls that can travel hundreds of miles underwater. In 1989, the US Navy detected unique calls on a 52-hertz frequency. As best as scientists could determine, the calls were never answered. Monitors began referring to the “52 Hertz Whale” as perhaps the last of its species. For years, director Joshua Zeman has tried to find and track the whale, in the process interviewing the leading figures […]