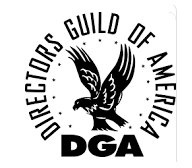 The Directors Guild of America made the announcement on Thursday in addition to revealing key dates for the awards show, which honors the best directorial efforts in film and television.

Voting for Theatrical Feature Film will open on Dec. 5 and close on Jan. 10, 2023, with results announced the very next day. The five nominees will see their work formally screened for DGA members during the week of Jan. 16, with the deadline to vote for a winner set for Feb. 17.

The quick turnaround on the feature side is kind of fascinating, but I suppose when the voting is taking place exclusively online, it’s a lot easier to count the ballots. Thus, last-minute stragglers will be able to vote one day and find out who won the next. Those voting for the TV awards will have to be patient and wait an entire weekend to find out who made the cut.

Meanwhile, the deadline to submit Documentary and First-Time Feature Film entries is Oct. 17, 2022, and the Documentary nominees will be announced along with the TV nominees on Jan. 10 — one day before the film nominees.

This year’s DGA Awards will be held at the Beverly Hilton Hotel in Beverly Hills, and you can check out the full schedule below:

March 9, 2016 Staff News, Postproduction, Who's Where? Comments Off on Reid Burns Joins Cognition

Hollywood-based post facility Cognition has appointed Reid Burns as president of postproduction. Burns will seek to build relationships with studios, independent producers, filmmakers and the broader production community. His initial focus will be on growing the company’s digital intermediate finishing and color grading business. […]

Oscar and Emmy-winning make-up artist Steve La Porte and Emmy-winning hair stylist Josée Normand will receive Lifetime Achievement Awards at the 10th Annual Make-up Artists and Hair Stylists Guild Awards, which will take place on Saturday, Feb. 11, 2023, at the Beverly Hilton Hotel. The MUAHS Lifetime Achievement Awards honor an artist (or artists) with an extraordinary spectrum of acclaimed work, exceptional contributions to the entertainment industry, and outstanding service to […]

Shaka King’s Judas and the Black Messiah is about Black Panther chairman Fred Hampton, as played by Daniel Kaluuya (Get Out), and how he was hounded and plagued by J. Edgar Hoover’s FBI in the late ’60s. It got to the point where Federal Agent Roy Mitchell (Jesse Plemons) coerced two-bit criminal Bill O’Neil (LaKeith Stanfield) to infiltrate Hampton’s Chicago Black Panther party to keep an eye on the powerful […]