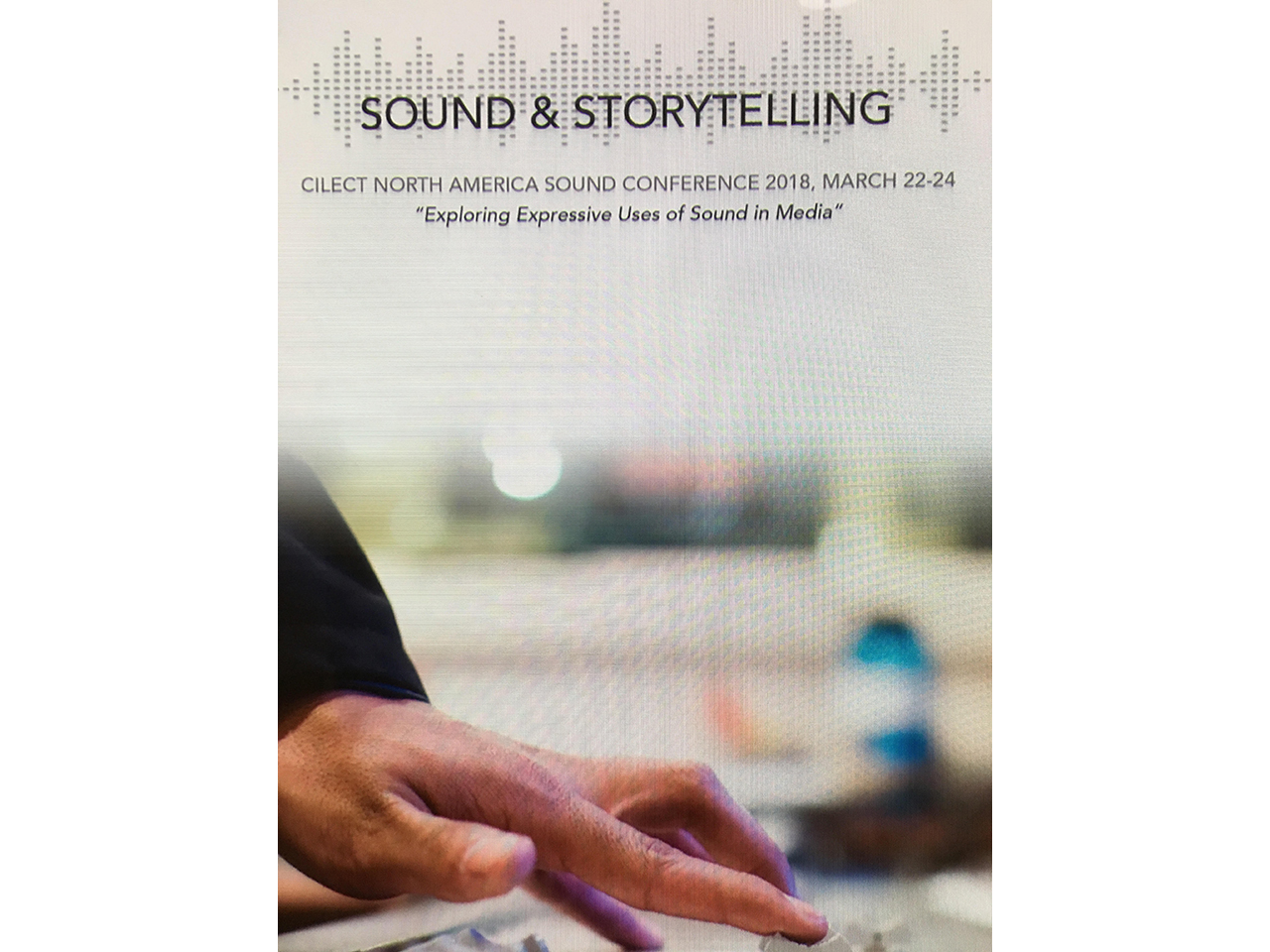 The 2018 CILECT North America “Sound and Storytelling” Conference was held at the Dodge College of Media Arts at Chapman University on March 22-24, 2018 in Orange, CA. The event was hosted by Michael Kowalski, Associate Dean & Chief Academic Officer. Kowalski has long desired to launch a sound conference of this magnitude that integrates both academia and industry professionals alike.

The breakout sessions included multiple sub-topics within these extensive concepts regarding the study of sound, documentary sound, sound in AR/VR, movie music, teaching sound, and sound across the curriculum.

Associate Dean Kowalski emphasized, “In the long term, we’re hoping for this initiative of sound across the curriculum to reach out to the other disciplines such as directors, editors, and writers who should play a critical role in the sound design of a film. The other discussion is sound as a storytelling, not so much a technical endeavor. The problem is that people tend to think of sound as something that’s very technical. I thought it was very important to emphasize the storytelling artistic dimension of sound and that was really the concept. You can talk about techniques in terms of how to achieve an artistic objective goal, but if not, it’s very much about storytelling.”

For the complete list of speakers and presentations, please check out:

SMPTE (Society of Motion Picture and Television Engineers) has announced that it will host a free webcast—open to the public—explaining the basics of the new SMPTE ST 2110 suite of standards for professional media over IP (internet protocol) networks. Scheduled for June 22 at 1 p.m. EDT, the “SMPTE ST 2110—Professional Media over IP Networks” webcast will be hosted by John Mailhot, SMPTE Fellow and systems architect for IP convergence at Imagine […]

The 2016 HPA Tech Retreat U.K. announced the first sessions for the event, scheduled for July 13-14 2016 at Heythrop Park Resort in Oxfordshire. The program will focus on the present and future impact of the most recent technology in broadcast and cinema. It offers a unique opportunity and intimate setting to delve into the critical topics facing the content industry. The HPA Tech Retreat is presented in association with SMPTE. […]

Guillermo del Toro’s noir thriller Nightmare Alley may have its DNA in the ‘40s and the original novel by William Lindsay Gresham, but it’s just as much a del Toro movie, and that means that every scene just looks absolutely fantastic with many unique locations that just pull you into the story. The movie follows Bradley Cooper’s Stan Carlisle, a drifter who arrives at the carnival run by Clem (Willem […]