Hayao Miyazaki’s first movie in five years is making its grand début this spring. The Studio Ghibli Museum website announced that the celebrated director’s short film, Kemushi no Boro (Boro the Caterpillar) will première at the museum on March 21, 2018.  The CGI film is Miyazaki’s first movie since 2013’s The Wind Rises. 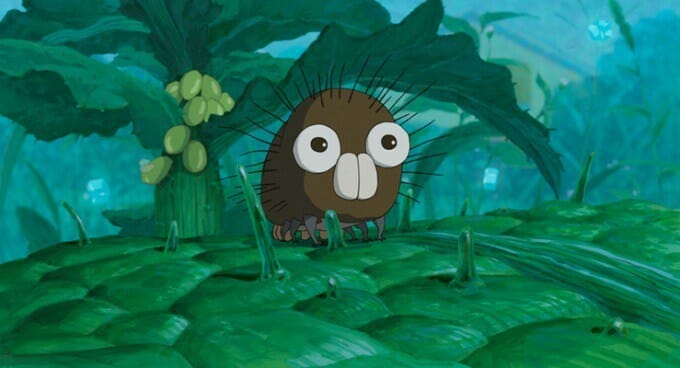 Miyazaki is credited as writer/director, as well as having created the original concept. Much like all other Ghibli Museum features, this will screen exclusively at the facility’s theater.

Kemushi no Boro revolves around a caterpillar named Boro, who awakens into life to discover that the world is bustling with friends and enemies alike.

With Kemushi no Boro complete, Miyazaki is now working on the action-adventure fantasy, Kimi-tachi wa Dō Ikiru ka (How Do You Live?).  Studio Ghibli began recruiting new background artists and in-between animators for the feature last year, with the goal of having it in theaters by the 2020 Olympics.

UPTOGOOD, in partnership with New Roads School, has announced that it is launching its first-annual UPTOGOOD Impact Film Festival in an effort to gather a community of students, filmmakers, activists, non-profits and practitioners at the intersection of video storytelling and social impact. Open to high school, college and film school students across the United States, this unique festival will curate and present the 8 best short films about social issues […]

ALIBI Music is bringing Adobe Premiere Pro users even more of its website’s robust functionality with an exciting extension panel update that is now available on the Adobe Creative Cloud. The production music company — a trusted resource for content editors working in film, television, advertising, streaming, and video games — has made four key enhancements that strengthen the connection to its fresh pipeline of music and sound effects directly […]

It’s truly rare to see a genuine relationship between father and daughter on film. Several storytellers have tried in recent years, in movies such as The Descendants (2011), Amelie (2000), and Noah (2014), but more often than not, the father figure is often viewed as hapless or finally, the hero, much like in the charming remake of Father of The Bride (1991), and every small child’s fantasy, A Little Princess (1995), […]