Cinematographer Paula Huidobro and CODA filmmaker Siân Heder have worked with each other on numerous projects before they worked together on this year’s Sundance Film Festival award winner, CODA (an acronym for “Children of Deaf Adults.”) Because of their working relationship, the two have managed to build a shorthand and “have a great way of working together.”

Directed by Heder and based on 2014 French film, La Famille Bélier, CODA tells the story of Ruby (Emilia Jones), the only hearing person in her family. She plans to join her family’s fishing business after high school, but her plans eventually change when she joins the school’s choir. With the encouragement of her singing teacher “Mr. V.” (played by Mexican superstar Eugenio Derbez), Ruby decides to audition to attend the Berklee College of Music in Boston, Mass.

CODA premiered during Sundance to critical acclaim, winning both the audience and jury awards at the film festival in January. The film would quickly set a new Sundance record with Apple acquiring the film for a festival-record $25 million.

Huidobro previously served as the director of photography for the HBO comedy, Barry, but she won’t be returning for Season 3, since she’s working on Kenya Barris’ untitled movie, starring Eddie Murphy and Jonah Hill.

Huidobro tells Below the Line about the challenges that came with making CODA from a cinematography perspective:

Below the Line: How did you first get an interested in becoming a cinematographer?

BTL: How did you first become attached to CODA?

Huidobro: I became attached, because I’ve worked with Siân before, since we were both students at AFI. She was at the VWW program and then we just started doing short films. The first one won a prize at Cannes and then we did another one. We did Tallulah and then we worked together on Little America.

BTL: I just rewatched the film the other night for the first time since the Sundance Film Festival, and it holds up so beautifully.

Huidobro: Oh, great. It was a really special film. I love all the warmness between the family and all the humor and how real it is. It just makes you feel good.

BTL: Having previously worked with filmmaker Siân Heder on other projects, did the two of you have a shorthand?

Huidobro: Yeah, we’ve kind of grown together professionally and also as friends. Usually, we work—her and also her sister, who’s the storyboard artist. We shot list the script and then we go to the locations. We have a great way of working together.

BTL: What type of camera and lens did you use for the film?

Huidobro: We were using the Sony Venice, and we used the Signature Primes. We shot in 6K.

BTL: As far as cinematography is concerned, what was the most challenging aspect of the production?

Huidobro: I think the most challenging was being in the ocean and doing the fishing scenes, just because there are safety concerns for the crew and for the actors. They had to learn how to fish, and we also have a limited amount of crew that could be on the boat. We had to follow regulations of fishing as well. 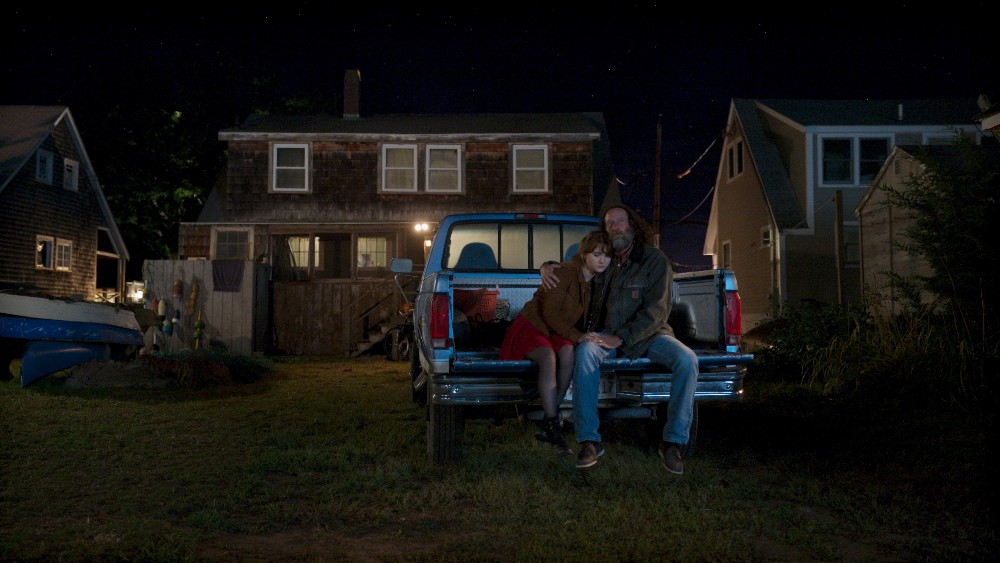 BTL: I always wondered when there are boats featured in the movies—is everyone on another boat, or are they all on the same boat trying to get every scene shot?

Huidobro: Yeah, we had a separate boat for the crane stuff where you see the wider shots with more movement and stuff. But then when we were inside the boat, we had to be handheld. It was sort of minimum crew because there was just no room. There’s also the weight restriction. But it was fun.

BTL: Was there anything in particular that inspired the film’s look?

Huidobro: It was very organic, and we didn’t want to impose some stylistic look or make the camera a character. We wanted it to be very simple and sort of be more inspired from the landscape of laughter and from the fishing town, the community. I think the beauty of the film comes more from where it was shot, and where it was at making it feel grounded.

BTL: Have you had the opportunity to be able to watch CODA on the big screen yet?

Huidobro: Yes. It was very nice, because of course, we have the script and we had translators but a lot of the humor, I wasn’t aware of that. Just the subtle things like when you see the subtitles, it’s even funnier and sweeter and more magical and you realize how much you miss out from not speaking the language.

BTL: Will you be returning for Barry’s third season?

Huidobro: No, actually, because they’re shooting right now and I’m about to start a movie with Jonah Hill and Eddie Murphy directed by Kenya Barris.

BTL: With the pandemic, what are some of the challenges that come with being a cinematographer?

Huidobro: Well, just keeping your mask on 14 hours at a time and not being able to eat on set this year. Also, the fear of someone getting sick and then we have to isolate. It’s a little slower. You can’t all work together. There are different zones. A zone works and then they have to be cleared out, and then another zone comes to work. You get tested three times a week, which is pretty annoying.

BTL: How has your process changed due to COVID?

Huidobro: My process is the same. It’s just everyone else around.

CODA is now streaming exclusively on Apple TV+. We’ll have more interviews with the other creatives on this film very soon, but you can read our interview with Director Siân Heder in the meantime.

No living director has mastered or popularized the disaster drama quite like German director Roland Emmerich has. From Independence Day to The Day After Tomorrow and even 2012, Emmerich has a unique, grandiose vision for portraying the ends of the world — and beyond. However, his last few attempts, such as the Independence Day sequel and his new movie Moonfall, have largely self-destructed under the heavy weight of the director’s overly grand ambitions. Moonfall finds him […]