RBG, the 2018 award-winning documentary about the life of only the second woman ever to sit on the U.S. Supreme Court was a testament to the important influence of women in our society in more ways than one. Not only was the film’s focus—the late Justice Ruth Bader Ginsburg—a pioneer with her own life story, she worked tirelessly to advance gender equality in the law everywhere. Behind the scenes, two successful directors, Betsy West and Julie Cohen, weaved together a compelling story about a person they both admired and respected. Earlier this year, the duo did it again with the well-received documentary about the famous spy turned chef, Julia, which played to good reviews at the Telluride Film Festival.

But other below-the-line talent—mostly unsung until now—deserves some credit as well. The work of Film Editor Carla Gutierrez ACE, who cut both documentaries, is a significant reason why both movies work so well, weaving seamlessly between archival footage, interviews, and graphics. Carla is one of only a handful of women of color who consistently work as film editors today. What better time than the tail-end of Hispanic Heritage Month to recognize her work and discuss her perspective about the importance of having Latinas behind the scenes in film?

You can read Below the Line’s interview about these topics and others below.

Below the Line: Tell us about yourself—how did you come to work in this business?

Carla Gutierrez: I’m a Peruvian immigrant. I came here when I was almost 15 years old. I was in that sweet age where I did not fully lose my accent [laughing]. I discovered film actually kind of late. I did not discover film until my senior year in college. In Peru, I did not watch many films. It was very expensive and we were low middle class. It wasn’t as accessible as it is now. I watched a great documentary when I was a senior, and it really touched me so I started to watch more documentaries. It was a film about California Prop 187 and a little girl and her relationship with the school as it changed after that law was passed. It left a mark on me, and so I started watching more and more.

I was an art and math major in college and I find anything that has a lot to do with math, problem-solving, is appealing. I was fascinated by the power that film has to open up worlds for people. To challenge people’s perceptions outside their own little worlds. You can get so intimate and complex, especially with documentaries which are typically not so black and white. So I went to film school for grad school, specifically for documentary production, at Stanford’s program. That is how I discovered editing was my favorite part.

BTL: Why is that?

Gutierrez: It makes me nervous, it challenges me. I wrestle with the problem. It is mentally intense and frankly difficult, and I really just love all that. I find that a lot of filmmakers get really stressed out during the editing practice, but love to be on the field. For me, I love to work in the editing room.

BTL: How did you actually get work as an editor, and later with Betsy and Julie?

Gutierrez: I got lucky to find a mentor that walked me around the field. I learned a lot from my mentor—Kim Roberts, who edited Food, Inc. Then with Julie and Betsy it was just a call that they gave me after someone recommended me. I had just finished my first major film, called Chavela. They said they liked what they saw and hired me for RBG.

BTL: The field is still predominantly male and white. What is that like for you? What if any challenges have you faced? Hopefully fewer of them in 2021?

Gutierrez: Both as a woman and as a Latina with a heavy accent, it is still present, that gender dynamic in teams. There is a thing where I know a lot of female editors are called “opinionated,” which is ironic because that is what we are hired for. Men, by contrast, get called “confident.” It’s systemic how it happens in the collaboration. And also people who look like each other, there is a bit more implicit trust. There is a bigger mountain to climb for sure to get your work to get recognized, respected, or trusted. It probably takes a little longer.

But I was lucky to have access to education, as a woman of color. I do remember though that in college my question was always questioned. The assumption was that I got in there because I took an affirmative action spot. This makes you feel like you’re not there because of your talent. 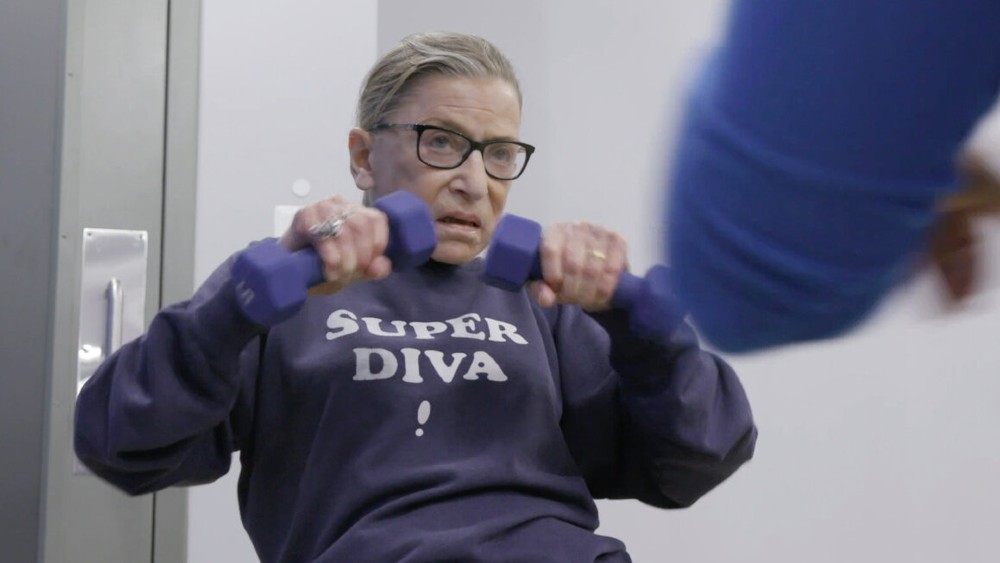 BTL: Been there, done that!

Gutierrez: [Laughing] Exactly, you are made to feel like a number and that is difficult. You internalize all that and makes you feel like you have to question yourself. At least at this point, I have a career trajectory where I can show that my talents work. Before that, I felt like I had fewer options and had to prove myself harder than others. As a woman you definitely internalize some insecurities. I compare notes with other women editors and it is clear that this is happening to many of us. We have a harder time negotiating or asking for the same rates that male editors are asking for. We feel so thankful to be present in the room we don’t want to upset the cart. That is a whole other facet of the gender dynamic—it’s basically internalization of sexism.

BTL: Is it important for women, people of color, to become mentors to other and, if so, what can we do to further that?

Gutierrez: I do feel a responsibility to foster access for other people that may be struggling to get access that others don’t have. I work on a volunteer organization called Alliance of Documentary Editors, and that organization does a lot of work of all sorts. We created a working group to further the work of BIPOC documentary editors. We have created a database to provide to producers—“this is the talent that is available.” A lot of the hiring in this world happens through word of mouth. So this is an opportunity to help others expand their networks. We are providing guidelines and other initiatives for producers to how to promote diversity in a welcoming way, beyond hiring.

Also, another important thing to do is make sure you are a good mentor to assistant editors and other people who work on your team. For the productions that have budgets, we are thinking about new positions for assistant and associate editors to have them both learn the ropes and have a mentor. We want to think of it as a ladder in the editing world. We are talking to industry and streaming services to consciously do that. What we are saying: “This is how you give people an opportunity to have more experience so later you have a larger, more diverse pool to hire from.”

BTL: What sort of reception are you getting from the industry?

Gutierrez: I can’t give you details, but the conversations have been almost uniformly productive. A lot of productions are using the database – BIPOC.editors.com – check it out! We are very excited about this, and the work is going to continue for a long time. 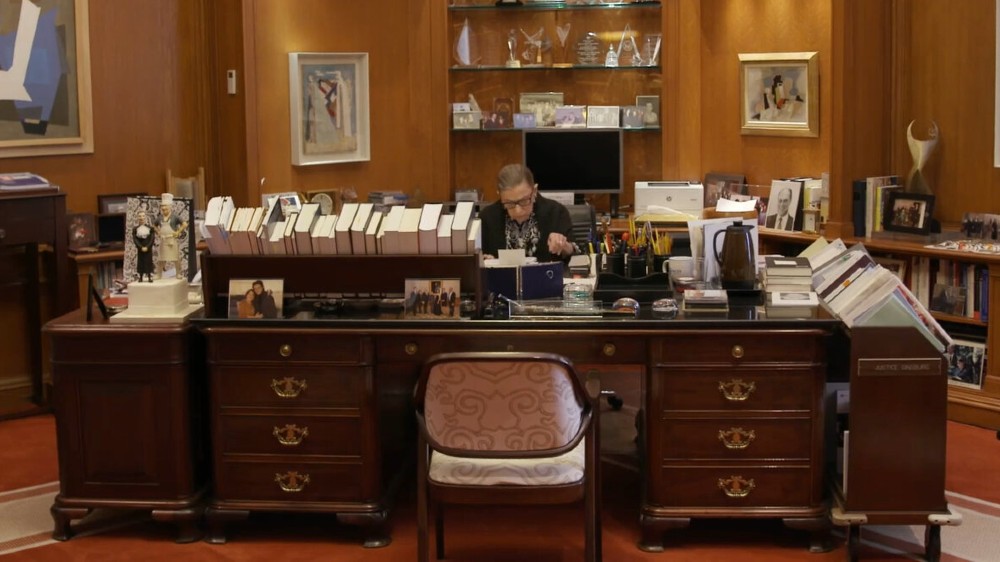 BTL: I don’t want to leave you without talking about RBG and Julia. How did you approach those, where you had animation/graphs, footage, Q&As? We know that for documentaries, you end up with so many more hours of content than in fiction.

Gutierrez: Discipline. Media management. I use Adobe Premiere, actually. It’s all about keeping it all organized. I try to create pictures, like portraits of a moment with the archives that feels like something exciting is coming. It’s not just representing visuals of what someone in the interview is saying, but to add something else—make the viewer feel like you’re walking next to the protagonist.

For example with Julia, her discovery of Paris. I took one archival charge from one source and one from another. A lot of discipline and detailed work. Putting together shots that were not shot together. And for that you wanted it slow so you feel like you are walking through the streets and experiencing.

With elements like graphics, a lot of it is done in the editing as well. You make some basic graphics and the experts (graphic artists) come in to put the finishing touches. Ultimately, it is all anchored in an emotional drive. I try to keep the story as intimate as possible. Talking about the details of a moment at a deep level—not just “I’m feeling sad,” but something more.

BTL: Who puts in the letters into the graphics or makes the decision to do so?

Gutierrez: That is the editor in collaboration with the film directors. All of that stuff that you see are decisions we made in the edit.

BTL: You worked on films about two powerful, impressive women. What lesson or lessons from their lives would you want to emulate?

Gutierrez: Well, two—discipline and following your passion. RBG was so passionate about what law could do. Julia was so passionate about enjoy food and embracing it. So it’s the two together. It’s only discipline and hard work that gives you the best chance of success and the potential to express your passion to another people, or your passion for a goal. I try to emulate all that in my work. From media management to the very end, I am never satisfied and working hard, throwing myself into the work.

RBG is available to stream on Netflix and Amazon Prime Video, as well as various VOD platforms, while Julia will be released by Sony Pictures Classics in New York and L.A. theaters on Nov. 12.

Hollywood veteran Owen Marsh, a camera operator on classic films like Ben-Hur, How the West Was Won and The Greatest Story Ever Told and for television shows from The Brady Bunch to Murder, She Wrote, died Sunday, January 9, at the age of 90, in his Portland home, as told to The Hollywood Reporter by daughter Cher Levondosky. (Selections from his bio and obit are included below.) Marsh was among the 13 founders who established what was then known as […]

ARRI has introduced the second generation of its Trinity and Artemis camera stabilizers. The new modular system has been redesigned down to the smallest detail, incorporating enhancements to camera movement, connectivity, power management, user interface, balance options, and product longevity. A quick and easy upgrade transforms the purely mechanical Artemis 2 into the hybrid Trinity 2, which adds electronic stabilization for an even wider range of movements and angles. Designed […]

When Eddie Murphy and Arsenio Hall decided to revisit their characters from their popular 1989 comedy, Coming to America, they turned to Director Craig Brewer, who had done such a great job with Murphy’s previous film, Dolemite is My Name. Dolemite helped put Murphy back into the public consciousness, as well as into the awards race with the movie getting two Golden Globe nominations. Back in 2005, Brewer’s second film, […]