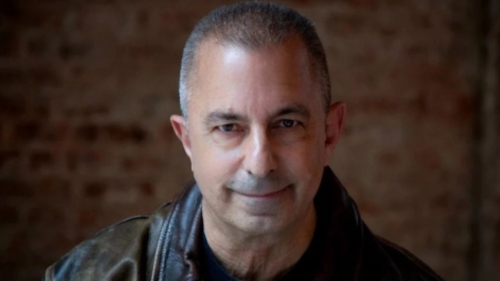 Glen Trotiner, who served as first or second assistant director on movies such as The Untouchables, Independence Day, and Captain America: The First Avenger, died on June 16 in New York. He was 65.

Trotiner grew up in the Bronx and graduated from the DGA’s Training Program, after which he embarked on a long showbiz career as an assistant director and co-producer.

His first gig as an AD was on Brian De Palma‘s 1987 crime classic The Untouchables starring Kevin Costner, Robert De Niro, and Sean Connery. He served as second AD on Awakenings and Independence Day before moving up to first AD on the HBO series Oz and the Adam Sandler comedy Big Daddy, the latter of which also featured him in an onscreen role.

Trotiner’s other notable credits include Maid in Manhattan, Reservation Road, Halloween II, and hit TV shows such as ER and Blue Bloods. More recently, he worked on Morbius, Gotham, and Amazon’s Mozart in the Jungle.

For more than 25 years, Trotiner held a seat on the DGA Training Program’s Board of Trustees, making him the longest-tenured board member. He also taught workshops at his alma mater SUNY Albany, which meant a lot to him even though he didn’t pursue a traditional career in teaching.

Trotiner worked on more than 100 movies and television shows during his four-decade career. He is survived by a sister and a niece, and there were no other details available regarding his passing, though a funeral was held on Monday in New Jersey. Trotiner’s family has asked that donations be made to blanketsofhope.com or Memorial Sloan Kettering Cancer Center.

Netflix delivered its Q2 earnings report on Tuesday, which revealed that the streaming giant lost 970,000 subscribers despite the launch of Stranger Things 4 in May. The result was actually better than expected, as analysts had predicted an approximate loss of 2 million subs. Either way, the furor that has surrounded Netflix’s latest earnings report has been totally overblown, as it makes little difference whether the streamer has 221.64 million […]

“When you’re preparing a film you can indulge in dreamy conversations –– it’s an essential part of the process that gets infused into the work. But once you’re on set, and the clock is ticking, you find yourself a passenger on a moving train. Sometimes it’s a slow-moving train, but that train is moving. This was very much the case when we shot Karen Cinorre’s new film Mayday,” according to […]

All The Money In The World

December 29, 2017 Staff Blog the Line, Featured, Film, Industry Sector, News Comments Off on All The Money In The World

All The Money In The World follows the kidnapping of 16-year-old John Paul Getty III (Charlie Plummer) and the desperate attempt by his devoted mother Gail (Michelle Williams) to convince his billionaire grandfather (Christopher Plummer) to pay the ransom. When Getty Sr. refuses, Gail attempts to sway him as her son’s captors become increasingly volatile and brutal. With her son’s life in the balance, Gail and Getty’s advisor (Mark […]