The Batman and Scream were my two most anticipated movies of the year, and with the former currently playing in theaters and the latter now available On Demand, it’s time to turn our attention to my other Most Anticipated Movies of the Year, albeit with a below-the-line twist this time around.

Rather than simply discuss the movies I can’t wait to see, I thought I’d highlight the crafts and below-the-line elements that are traditionally ignored in most annual movie previews. Sure, we’re still talking about many of the same blockbusters that other outlets are, only here, we’re looking at these films from a below-the-line perspective, as we’re eager to shine a light on the artisans behind those exemplary crafts.

We cover a baker’s dozen worth of below-the-line elements, from cinematography and production design to sound and visual effects, so let’s dive in, shall we? After all, it’s shaping up to be one hell of a year on the big screen.

For my money, the best movie trailer in active circulation at the moment is Disney/Pixar’s Lightyear, which explores the origins of Toy Story‘s intergalactic hero with a little help from the voice of Captain America himself, Chris Evans. To me, the Toy Story franchise is absolutely perfect, and while I was initially nervous about this spinoff of sorts, I can’t imagine Pixar would move forward with this movie if they didn’t think it could measure up to the four preceding films.

Meanwhile, I saw Toy Story when I was 11 years old, but before I even met Buzz and Woody, I was BFFs with two Italian brothers named Mario and Luigi, who practically raised me as a kid. Thus, I will be first in line for the untitled Super Mario Brothers movie in the works at Illumination, which will feature the voices of Chris Pratt and Charlie Day as Mario and Luigi, as well as Anya Taylor-Joy as Princess Peach, Seth Rogen as Donkey Kong, and Jack Black as Bowser. Yep, that’s pretty perfect if you ask me.

When it came time for Steven Spielberg to cast the roles of his childhood friends in the semi-autobiographical coming-of-age movie The Fabelmans, he turned to veteran casting director Cindy Tolan, whose credits include The Batman and The Place Beyond the Pines, as well as Spielberg’s own West Side Story. Rising star Gabriel LaBelle (American Gigolo) will star as the film’s young protagonist, Sammy Fabelman, and Spielberg has also cast Once Upon a Time in Hollywood scene-stealer Julia Butters as his kid sister, while actors Oakes Fegley (Pete’s Dragon), Gabriel Bateman (Child’s Play) and Lane Factor (Reservation Dogs) are also part of the cast. As for the young girl above, her name is Birdie Borria, and it doesn’t take a genius to see that she has child star potential. With Spielberg surrounding his young cast with talented veterans like Seth Rogen, Paul Dano, and Michelle Williams, I’m sensing something special on the horizon.

Roger Deakins takes his first big gig since winning another Oscar for 1917, and since this one is an ode to the romanticism of movie theaters in a way, I’m not surprised that director Sam Mendes went out and hired himself the best in the business. The film is described as a love story set in and around a beautiful old cinema on the South Coast of England in the 1980s, and we all know that Deakins has a way with period pieces. Oscar winners Olivia Colman and Colin Firth star in the film alongside Toby Jones and Micheal Ward, so expect this one to factor heavily in the awards race.

Let’s face it, period films also have an edge when it comes to costume design, and while there are plenty to choose from this year, I expect Damien Chazelle‘s ode to the Hollywood of yore to stand out. The director reunites with La La Land costumer Mary Zophres, who will be dressing Brad Pitt and Margot Robbie this time around, which never hurts. The stacked cast also includes Tobey Maguire, Olivia Wilde, Katherine Waterston, Samara Weaving, Jean Smart, and Max Minghella, so prepare to see a lot of different designs from Zophres, who earned her most recent Oscar nomination for another movie with a large ensemble, The Ballad of Buster Scruggs.

I already saw Ninja Thyberg‘s fearless directorial debut last year, so I know what a great job editors Olivia Neergaard-Holm and Amalie Westerlin Tjellesen did, particularly in suggesting far more explicit sexual activity than what is ever actually shown onscreen. A24 acquired the movie out of Sundance but it was quickly deemed too hot to handle and the distributor unceremoniously dropped it despite strong reviews from critics, allowing Neon to swoop in and pick it up. It seems as though Neon plans to offer both an edited and an uncut version of the film, which will no doubt be a target of the MPA. 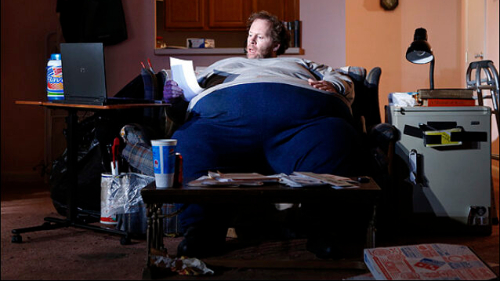 Brendan Fraser plays a 600-pound man in The Whale, which is the new film from director Darren Aronofsky. The man above is not Brendan Fraser, it’s Shuler Hensley, who played the part on stage, but I look forward to seeing how Fraser’s physical transformation is aided by makeup department head Judy Chin (West Side Story), prosthetic makeup designer Adrien Morot (The Revenant), and special makeup effects artist Shane Shisheboran (Birdman). I may not have been a fan of his last film, Mother!, but Aronofsky will always be a filmmaker who commands my respect, and I can’t wait to see his adaptation of Samuel D. Hunter‘s acclaimed play.

On the surface, these two films don’t have much in common, but both are shaping up to be a rocking good time. Austin Butler plays the hunky “Heartbreak Hotel” crooner in Elvis, which hails from Moulin Rouge director Baz Luhrmann, and he’s said to be very good as the hip-gyrating singer.

Meanwhile, Netflix’s Matilda is an adaptation of the Tony Award-winning musical from Dennis Kelly and Tim Minchin. Newcomer Alisha Weir plays the title character, and the film co-stars Emma Thompson as Miss Trunchbull and Lashana Lynch as Miss Honey, as well as Andrea Riseborough and Stephen Graham as Matilda’s parents.

Not only am I pumped to see this bonkers Brad Pitt movie, but having read Kôtarô Isaka‘s action-packed novel of the same name, I can’t wait to see what the train itself looks like since it’s arguably one of those settings that is a character in its own right. It’ll be up to production designer David Scheunemann to design each train compartment and make various areas of the train look and feel different. It seems like an exciting assignment for him, and clearly, there’s a reason that director David Leitch keeps coming back to him on all of his films — he’s damn talented.

Three-time Oscar nominee Todd Field (In the Bedroom) teams with two-time Oscar winner Cate Blanchett for this biopic about Lydia Tár, the first-ever female chief conductor of a major German orchestra. If that pairing wasn’t prestigious enough for you, the film boasts a classy supporting cast that includes Mark Strong (Tinker Tailor Soldier Spy), Nina Hoss (Phoenix), Noemie Merlant (Portrait of a Lady on Fire), Sydney Lemmon (Succession) and Julian Glover (The Empire Strikes Back). But what makes TÁR truly notable is that it’s the first score from Joker composer Hildur Guðnadóttir, who won an Oscar for her work on that pitch-black DC movie. This sounds like an upscale affair, and I’m sure the score will be in contention for awards come the end of the year.

The Jurassic franchise has to be known for its superior sound at this point, if only for that first T-Rex sequence in Jurassic Park, where we hear its booming footsteps and see the ripples in the water before it makes one of the greatest onscreen introductions of all time. Another Jurassic trilogy concludes with Dominion, which will no doubt sound epic thanks to Supervising Sound Editors Al Nelson and Gwendolyn Yates Whittle, whose credits include Avatar and Steven Spielberg films such as Munich and Saving Private Ryan. If they’re working for Spielberg and James Cameron, it’s safe to say they know what they’re doing.

With Mission: Impossible moving to 2023, keep an eye on Netflix’s action movie Havoc, which hails from The Raid director Gareth Huw Evans. Set after a drug deal gone wrong, the film stars Tom Hardy as a bruised detective who must fight his way through a criminal underworld to rescue a politician’s estranged son while unraveling a deep web of corruption and conspiracy that ensnares his entire city. Apparently, Forest Whitaker and Timothy Olyphant get caught up in things along the way. The fight scenes in the two Raid movies that Evans made are some of the best ever put on film, so if this movie doesn’t sound amazing to you, we simply have different tastes in movies.

Visual effects are not why Black Panther made $1.3 billion or why Aquaman made nearly $1.2 billion. Those movies were about the superhero characters at their center. Avatar, on the other hand, boasted no such superhero. It wasn’t based on any established IP but was instead a true original, and its stunning visual effects are what powered it to a $2 billion worldwide gross way back in 2009. Director James Cameron is finally poised to deliver its first sequel this Christmas, and the underwater effects — from the team of VFX wizards led by Richard Baneham and Joe Letteri — are said to be killer. The world will be ready for this one, especially if Cameron is ready to deliver the technology of the future.

MPC Los Angeles announced today that Rob Hodgson has joined their studio as VFX creative director for the advertising division. An accomplished visual effects supervisor and artist, his body of work includes Ang Lee‘s Oscar and BAFTA award-winning Crouching Tiger, Hidden Dragon (for which Hodgson received a BAFTA nomination for visual effects), and award-winning commercials such as Kia “Dream Car,” GE “Ideas Are Scary” (both directed by Noam Murro) and Jell-O “Comb Over” […]

Prepared by its research division, FilmLA has released a new report that offers an overview of the current production landscape for U.S. based television series and TV projects. The report also assesses some of the trends shaping series production across broadcast, cable and digital networks. During the 2018-19 development cycle, a total of 465 live-action scripted series were available for viewing for the domestic market (467 in 2017-18). FilmLA also […]

Although filmmaker Paul Greengrass has been directing movies and television since the mid-80s, his 2002 film Bloody Sunday, about the “Troubles” in Northern Ireland, was what finally got him notice as a filmmaker. That led to a fairly large leap into studio movies, directing Universal Pictures’ action sequel, The Bourne Supremacy – Greengrass would team with actor Matt Damon for two further Bourne movies, as well as the Iraq-set Green […]