The film centers upon Jeremy Rollins, a shy and introverted young man with a mysterious and frightening power that has required him to live as a virtual shut in for most of his life. After the death of his over-protective mother forces him into the world, he must confront – through his childlike innocence – the realities of a harsh society and the cruelties of the people it produces.

As the film’s director, Ho originally conceived A Better Place in the style of film noir, with characters and scenes crafted with that genre in mind. It has all the elements you would expect in this type of film – a femme fatale, nihilistic characters, chiaroscuro lighting and various extreme camera angles. However, during the editorial process, it became apparent that some scenes lent themselves to encompass color, light and texture in a more contemporary style, while other scenes stayed true to its film noir roots.

“This story centers around the negative aspects of society – corruption, greed, violence – as seen through the eyes of an innocent – an anti-hero who is confused and conflicted,” explained Ho. “A vibrant look would have been counter intuitive, so we de-saturated some scenes, added deeper shadows and a toned-down the color palette to create a film where its characters, story and mood help produce a poignant drama with broad-base appeal.” 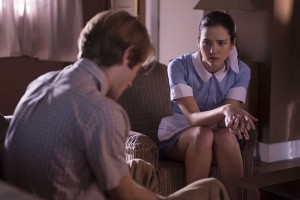 Along with Digital Jungle’s head DI artist, John Scheer, Ho utilized the facility’s Quantel Pablo for the film’s color grade, giving each scene the necessary subtext to enhance the action and emotion of each segment of the film. The Pablo was also used to create the VFX for A Better Place, which encompassed over 100 individual visual effects. “Many of the effects were very subtle, and while this is not a visual effects film, per se, not to include those effects would have hurt the film,” said Ho.

Another directorial change Ho made in post was to “re-lens” many of the scenes in the film, adjusting its composition, re-lighting and manipulating its depth of field for multiple shots.

“Some cinematographers may bristle at the extent of manipulation we have with our footage because our resources and toolset have become so powerful – light years beyond traditional color timing – but I feel it should be strategically embraced by both the DP and facility colorist to maximize a film’s potential,” said Ho.

A Better Place is in the submission process for major film festivals.