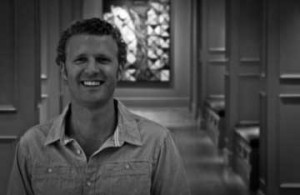 Editor Logan Hefflefinger has relocated from Los Angeles to join Dallas’ Lucky Post. Logan has a natural affinity for story in any genre and has lent his talent to features, commercials and music videos. Logan will be based at Lucky Post in Dallas and represented exclusively by the postproduction company for editing projects in any market.

“We are so excited to have Logan joining Lucky Post,” Lucky Post EP Jessica Barry said. “He is incredibly talented. His creativity, style and multi-faceted experience are a wonderful complement to our team.”

Logan shows passion for editing with every project, from spots for Nike, Best Buy, Old Navy, Jello and Netflix, to the feature film Moneyball and music videos for Will.I.Am, Eminem, Weezer and All-American Rejects. He began his career at The Whitehouse in Los Angeles, assuming the editor role at Final Cut, where he enjoyed a successful, five-year tenure. He has collaborated with such noted directors as Chris Milk, Paul Hunter, Marc Webb, Jared Hess, Andreas Nilsson and Michael Downing as well as agencies including Weiden & Kennedy, CP+B, 72andSunny, TBWA\Chiat\Day, Saatchi & Saatchi, AKQA.

In 2011, Logan turned his attention and creativity to features, as part of the editing team on Moneyball and Celeste & Jesse Forever, and the pre-vis editor on The Amazing Spider-Man. Most recently, he was lead editor at Plus Productions in Santa Monica.

Logan was raised in Dallas. As the son of an art director he was exposed, early on, to the advertising industry. One of his first on-set experiences was with director Jeff Bednarz, who took the young creative under his wing as production assistant for Directorz. After a decade he now returns to be reunited with Bednarz and the extended Lucky Post community.

“Logan is the kind of person who makes immediate connections through his passion for storytelling and collaboration,” Lucky Post co-founder Tammie Kleinmann said. “We couldn’t be happier to welcome him back to our family.”

“Joining Lucky Post is the opportunity to be reunited with people I have long respected and admired,” Logan noted. “Lucky Post is an incredibly collaborative environment, where quality of work is paramount, but not at the sacrifice of a purely enjoyable experience. I love Los Angeles and Dallas, and anticipate spending time in each place as I work on Lucky Post projects. So, apart from sacrificing my surfing skills, it’s a fantastic opportunity.”