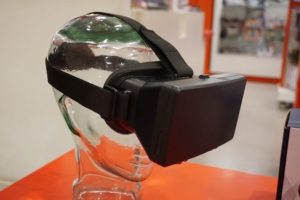 “Hi. I’m George Sells with MANDT VR News, and we’d like to cover your story.”

“Never heard of it.”

“We are producing news coverage in the virtual reality/360 format. We are among the top volume content producers of VR news content in the country.”

If you are a journalist working in the VR space (and not working for a “big name” like the New York Times) you have likely had a conversation like this. If you previously worked at a more “established” media outlet where your calls were placed at the front of the line, it’s frustrating and even maddening.

When it comes to news in the virtual reality/360 video space, the old cliché applies right now: If a tree falls in the forest and no one is there, does it make a sound? Journalists who have been working in VR have gained new appreciation for that adage in the last year. There has been great storytelling out there, but the cases of widespread acclaim are the exception rather than the rule.

These early growing pains are no one’s fault. Those of us working in the field have chosen to cast our lot with a storytelling tool that, at the moment, comes with cranky equipment, a comparatively small audience, and a distribution system that is confusing to those just learning how to navigate it. “Where can I watch this?” is not always a simple question to answer.

But there is plenty of reason to believe viewers will soon seek VR out in far greater numbers. The fact of the matter is, journalists working in VR are in a position to put viewers closer to the story than ever before. Virtual reality stands to be the biggest change in how we watch content since televisions went from black and white to color. In VR, viewers aren’t just watching the news. They can be immersed in it in a way that is not only unprecedented, but didn’t exist much more than a year ago. VR, to some degree, takes you to the story. It allows you to be there.

To this point, access is proving to be the key, which is a vicious circle for many in the space. The closer you can get to the action, the more “there” your audience will feel. But sometimes you can’t get close enough to make it work.

The unregulated, heavily attended events have provided memorable moments. Some of the most compelling video gathered in news coverage came when people flooded the streets to celebrate the Cubs World Series win in Chicago. Another large gathering, in a much different mood, provides another example. Protesters upset with the election of Donald Trump, both in the days immediately following the election, and around his inauguration have also led to immersive, memorable moments. Helicopter shots provide scale, but a view from the middle of the crowd where the viewer can look in any direction he or she pleases lets those who want to truly experience the story do just that. Having covered the story, I can only imagine what VR might have produced a couple of years ago during the unrest in Ferguson, MO.

The oft-repeated description of VR as an “empathy machine” holds some of its greatest merit in news. The New York Times’ ability to take VR viewers inside the fight for Falluja or a pilgrimage to Mecca is noteworthy. They have the access and the resources that come with being a top player in global journalism, and they’re taking advantage of that.

The challenge comes when you can’t get close enough. VR cameras, for those who don’t know, do not zoom. This was made clear when VRScout led a groundbreaking effort to livestream President Obama’s farewell address from Chicago in VR. Those producing the event went back and forth to the very end with the Secret Service, and while they got their cameras closer than the “traditional media,” they still were not able to get close enough to make the President much more than a smallish blip on the screen. Don’t get me wrong. This was still something worth doing and worth experiencing. You got the same view as someone with one of the better seats in the house. But those producing the event were almost certainly frustrated, knowing what could have been had they had the placement they wanted.

These access issues will be solved by growth. As more big players in media make VR/360 coverage a regular part of their repertoires, the more access will be granted at events where the environment is controlled.

What’s surprising is that so few of those major players have jumped in yet, especially on the local level. Many major media companies owning dozens of television stations and newspapers have yet to dip their toes in the water. That’s surprising on a couple of fronts.

First, their outlets are, in many cases, the most trusted journalistic voices in their respective markets. When you hold that kind of esteem, you can get the access needed to produce VR material at its very best. You can put your audience in the locker room before the big college basketball game. You can take them to roll call at the police precinct in that neighborhood that’s on the verge of becoming a war zone. You can bring them into the home of the grandmother trying to raise six kids in a housing project and keep them away from that war. The stories are limited only by the journalists’ imaginations, and can be taken to a level “two dimensional” media simply can’t attain.

Then there is the financial aspect of all this. Media companies are desperately searching for ways to grow their digital revenue and tap that ever-elusive millennial audience. The name of the game is growth, and newscasts inundated with ads for retirement groups, laxatives, and erectile dysfunction solutions are not gaining audience. Virtual reality is. The only question is how much and how fast.

You can choose to believe or not to believe the predictions of companies like Goldman-Sachs that say the value of the VR industry will grow by tens of billions of dollars in the next three years. Those are predictions. But you cannot ignore the investments that have already been made. $3 billion has been laid down by Facebook, just to buy Oculus. (Who knows what they’ve spent to date on R and D.) Google has invested untold millions (or billions?) in the development of the Pixel phone and the Daydream platform. And Samsung has gone all in, shipping more VR headsets than any other company in the world.

These giants, as well as others, have gone far beyond the stage of trying something out and writing it off if it doesn’t work. An old news director of mine always said, “follow the money.” If you do that here, you’ll know that these companies will find a way to make VR work. They can no longer afford any other result.

In the nearer term, the audience has to be able to find the material. While the preferred method of VR consumption is the headset, the easier way to watch right now is on the mobile phone. This 360 approach is not a perfect solution. Your stories will not have the “wow” factor they might illicit in a headset. But they can be distributed easily. Pretty much everyone has a cell phone and easy access to the material. And the audience has already proven they’ll watch 360 videos when they’re of high quality and easily available.

Our company did a promo piece for the Pittsburgh Steelers recently. You may not know MANDT VR, but I suspect you’ve heard of the Steelers. The team put the video up on its Facebook page. In a matter of a few hours, half a million people had watched it there alone. This doesn’t event count the team’s YouTube page, or the successful distribution arm it has in China. Lots of eyeballs were on the material very quickly.

This is another bit of good news for major media companies looking to enter the space. They have already done much the heavy lifting as far as building a digital audience. Their Facebook pages are some of the most viewed in their local markets. They have well established YouTube channels and the ability to embed YouTube material on their websites right now. (YouTube and Facebook, by the way, are the two largest 360 platforms right now.) They have sales departments with people dedicated to digital, who understand how to monetize new things. Many employ “back end” people who can help you develop VR/360 ready video players for their existing websites, allowing for the elimination of any potential revenue restrictions the YouTube’s and Facebooks of the world might provide.

The “traditional media” is actually in a position to lead the way in this groundbreaking field of newsgathering. Their use of VR/360 with established platforms will quickly demonstrate how this material can be monetized. Once that happens, the flood gates will open, and the media outlets with a slower reaction time will, with some regret, snap to attention.

And that is when this will really start to benefit the audience. Those of us who are focused on content are already developing best practices for storytelling in this world where there is no such thing as “behind the camera.” We’re already finding the answers as to where high quality and speed of production can meet.

A study by the research group Superdata says just over 6 million such headsets shipped from companies like Samsung, Sony, Oculus, and HTC in 2016. That number was disappointing to analysts. One of the main reasons attributed to growth not happening more quickly was a lack of content. If you are a company with journalists, a ready-made platform, and a desire grow your digital revenue, that void is sitting there just waiting to be filled. The questions that remains: who will be smart enough and quick enough to fill it first?

George Sells is general manager of the news division at MANDT VR in Los Angeles. After nearly 25 years on the street as a television news reporter in markets like St. Louis, New York, and Louisville, he is now leading MANDT VR’S efforts both in creating news content, and consulting newsrooms on how they can enter the VR space.

Paladin To Release Path of Blood

March 19, 2018 Staff Blog the Line, Featured, Film Comments Off on Paladin To Release Path of Blood

OR Media, based in London and New York indie film house, Paladin are set to distribute Path of Blood, a new, found footage documentary/thriller that takes an unprecedented look into the world of jihadi terrorism. Directed by Jonathan Hacker and based on his acclaimed book of the same name, the film was executive produced by Academy Award-winner Mark Boal of Zero Dark Thirty and The Hurt Locker. Culled from […]

Director’s Series: Antonio Campos on The Devil All the Time

Filmmaker Antonio Campos didn’t actually burst onto the indie movie scene with his first couple movies, Buy It Now (2005) and Afterschool (2008), but it paved the way for his work with Borderline Productions and fellow filmmakers Sean Durkin (Martha Marcy May Marlene), Josh Mond (James White), Nicolas Pesce (The Eyes of My Mother) and even Brady Corbet (Vox Lux), who co-wrote and starred in Campos’ third film, Simon Killer. […]

The Writers Guild of America filed suit against the major talent agencies on Wednesday, continuing the conflict between the two. The lawsuit alleges that television packaging fees are a breach of fiduciary duty and an illegal kickback under federal and state statutes, including California’s Unfair Competition Law. The suit looks to end packaging fees on new and existing series, and also disgorgement and restitution of packaging fees previously received by […]