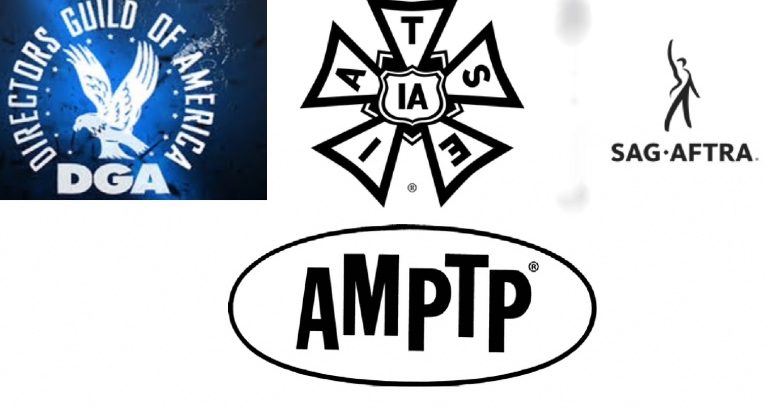 In September 2020, the various Hollywood unions negotiated the proper conditions for production to resume safely after the pandemic shut down most production in March of that year.

That would be the very first COVID Return to Work Agreement made with the Alliance of Motion Picture and Television Producers (AMPTP) by the Directors Guild of America (DGA), the International Alliance of Theatrical Stage Employees and Moving Picture Technicians, Artists and Allied Crafts (IATSE), SAG-AFTRA, and the Basic Crafts Union, including the Teamsters Local #399, International Brotherhood of Electrical Workers.

That agreement was updated in 2021 but was scheduled to end on September 30 i.e. yesterday.

DGA, SAG-AFTRA, IATSE, the Teamsters and Hollywood Basic Craft have agreed to continue negotiations with last year’s agreement remaining in effect until those negotiations can be resolved with an updated Return to Work agreement to reflect the current state of the pandemic.

The Set Decorators Society of America (SDSA) has announced its next “Day with the Set Decorator” to take place on Saturday, December 18th at 9 AM PST / 12 PM EST with guest, Set Decorator David Schlesinger SDSA, who has worked on films such as John Wick 3 and Rian Johnson‘s Knives Out.  You can register for the event here with a $25 registration fee. According to the press release: “If you’ve been curious about […]

There have been a number of great documentaries in 2020, but one of the better ones is Ryan White’s Assassins, which takes an in-depth investigative look at the assassination of the brother of  North Korean dictator Kim Jong-un at a busy Malaysian airport. The two would-be murderers are both young women, Siti Aisyah and Doan Thi Huong. White has been keeping busy over the past ten years between his six feature […]

Oscar and BAFTA-nominated re-recording mixer Dean Zupancic has signed with audio post house Formosa Group. Earlier this year, Formosa Group launched a new business model where mixers join the company exclusively, but are encouraged to work at any facility that helps fulfill the requirements of the client. […]