I find controversies exhausting. Especially these days. It used to be that someone would say or do something stupid, they’d apologize, and either people would let them move on, or they wouldn’t, depending on the severity of the exercise. Get caught with a prostitute? People will eventually let you off the hook with that one. Drop a racist slur on someone? That’s tougher.

But things are very confused these days, because of how much everything has changed. No one takes responsibility for their actions. Apologies are for suckers, and nothing is ever anyone’s fault. Science is for losers, if what it says doesn’t match up with your own personal opinion or bias. Information is negotiable. Facts are only facts if you agree with them, otherwise, there are “alternatives.”

Content providers offer platforms through which one can consume their particular bit of entertainment, but when some of said content rubs people the wrong way, or gives them bad information, or outright offends them because of who created it, well … that’s not really the provider’s concern, right?

Or is it? This whole Joe Rogan thing has only been going on for a couple of weeks, and yet it feels like it’s been going on for years. Rogan is, depending on your taste, either a very funny comedian or something of a hack. He gained fame as an actor on the rather hilarious ’90s sitcom NewsRadio before making an even bigger name for himself with his MMA commentary. About a dozen years ago, he saw the possibilities of the podcast arena and jumped in.

Thanks to his work on stage and covering fights, Rogan had a bro-centric following of millions who hung on his every word and tuned in each day to his podcast, which was eventually acquired by Spotify in 2020 for  $100 million. The company made this decision even though Rogan regularly fell back on ill-informed opinions and came to conclusions backed by faulty information or non-factual “facts.”

The numbers, clearly, were more important than the content. Spotify is a provider, after all, and not in any kind of editorial charge of what it gives its listeners. It’s the same with any offensive rap lyrics, for instance, or if you’re not a fan of Christian Rock or whatever. Spotify is a provider, not a publisher, and therefore not responsible for the opinions and attitudes expressed by the talent on its service.

Except, of course, the situation is far more complicated than that. Especially now, when scandals have mutated into something completely different from what they used to be, what with discourse being at an all-time low, sensitivity being at an all-time high, and the desire to silence others for their incorrect or ill-informed opinions and attitudes reaching a fever pitch.

For the record, I never had any issue with Rogan before his podcast exploded in popularity. I never cared much for his comedy, but I also don’t really find Amy Schumer funny either, so take that however you like. I just don’t think Rogan is the dumb guy that others think he is, and that he often portrays himself as being, because I don’t think you get to where he has by being dumb. 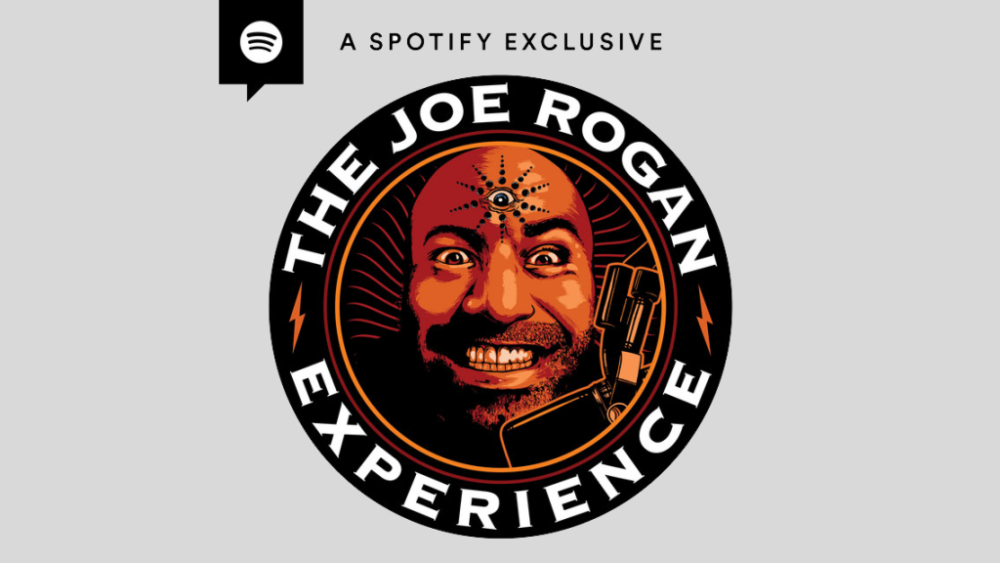 What he is, though, is lazy. After the walls came down around him over the last couple of weeks, he offered a sort of half-assed apology via Instagram, wherein he said he doesn’t prepare for his show, he just appears and does it. This, despite the fact that he has millions of people listening to him and following his advice, and despite the fact that he has guests who are prone to spout particular brands of lunacy unchecked by a host who couldn’t be bothered to educate himself on the subjects at hand before they talk.

But Joe Rogan lacking a respect one would hope someone of his standing would have for his listeners, or for the general public, for that matter, is not the issue here. The issue is that Spotify wants to have its cake and eat it, too, and that no longer flies these days.

Spotify says that it’s not responsible for what it puts out there, and if it just sent things out over the airwaves, that might carry some weight. But when you have exclusivity, when you require people to come to you and pay you for the privilege of consuming certain content, when you essentially become a publisher, then you are most definitely responsible for that content. The fact that we have to continue having this conversation is a big part of why I am carrying around so much conflict fatigue.

There’s another aspect of this that I’ve explained in this space before, but it bears repeating because it seems that people continue to need it explained.

Free speech does not mean being able to say whatever you want without consequence. It has somehow been twisted into that, with people thinking this is what it is, and if there are somehow people telling them to be quiet, or that they’re wrong, or that they have to pay a price for their statements, that this would somehow constrict their rights. This is an incorrect interpretation.

Same with a company like Spotify saying they won’t censor Joe Rogan’s voice. By taking him off the air — and I’m not suggesting they should, only that they need to actually police his recidivist misinformation and racism — that’s not censoring him. Only the government can censor someone. If a private or publicly owned company decides that it no longer wants to provide a space for someone to present themselves, their opinions, or whatever content they create, that’s not censorship, it’s a business decision.

Spotify doesn’t want to have to stand behind its content. It was asked to do so and basically decided not to make a decision about it. Now, people aren’t asking, they’re demanding, and Spotify is in a tough spot that is completely its own fault.

Not that it will accept blame or responsibility for it, because no one does that anymore. Which is exhausting all on its own.

Neil Turitz is a journalist, essayist, author, and filmmaker who has worked in and written about Hollywood for nearly 25 years, though he has never lived there. These days, he splits his time between New York City and the Berkshires. He’s not on Twitter, but you can find him on Instagram @6wordreviews.

You can read a new installation of The Accidental Turitz every Wednesday, and all previous columns can be found here.

Darkest Hour takes place during the four weeks leading up to the evacuation of Dunkirk, when Winston Churchill (Gary Oldman) took over as Prime Minister of Britain. Sarah Greenwood (Production Designer) and Katie Spencer (Art Director) reunite with director Joe Wright to create the sets reflecting this extremely tense period in WWII history. As Greenwood points out, “We had no idea that we were so close to absolute disaster, that […]

The Academy of Motion Picture Arts and Sciences, in support of President Obama’s “My Brother’s Keeper” initiative, will present the second annual Careers in Film Summit on Saturday, October 8, at the Samuel Goldwyn Theater in Beverly Hills. The daylong event for high school and college students will bring together Academy members and other film industry guests to discuss their professions as well as the paths they took to achieve […]

Adapted by writer August Wilson from his own play, the screenplay for Fences attracted key cast members from the Broadway revival, most notably star-director Denzel Washington and Best Supporting Actress winner at the 2017 Oscars, Viola Davis. In an emotional acceptance speech, Davis recounted her days with her siblings portraying various characters at her home, initiating a journey which has led to this latest Oscar. Her stirring performance in Fences […]