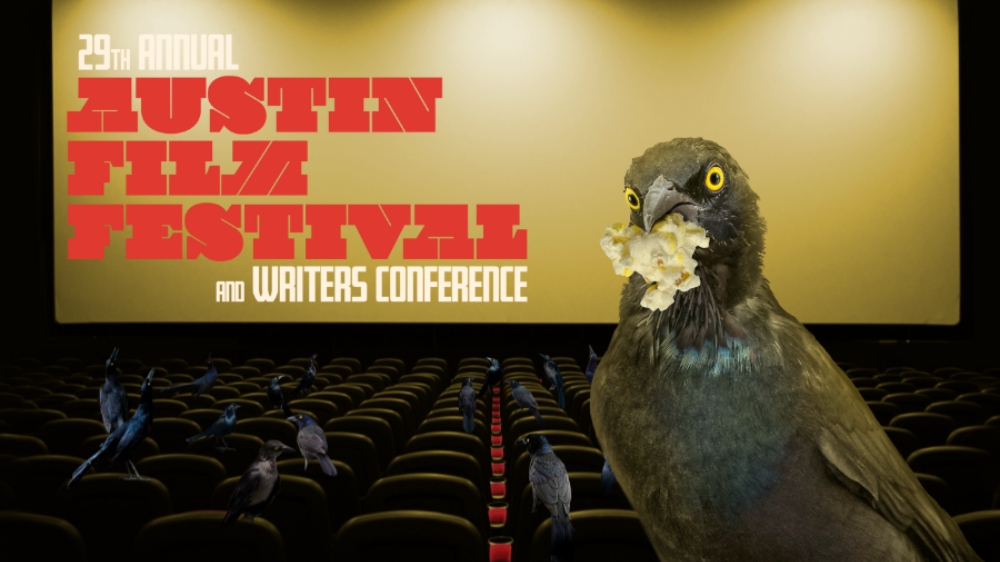 Filing into the awards show luncheon, I immediately took an available seat facing the stage, as I usually do at, say, the VES or ASC awards, to better watch the speeches, awardees, and film clips. Only the twist here is that I was doing the journalist equivalent of breaking the fourth wall, or making like She-Hulk busting through the on-screen Disney+ menu — I was, in this instance, one of the nominees.

In this case, I was at the recently concluded Austin Film Festival, where I attended the writing conference as a finalist in one of AFF’s many scriptwriting divisions. No, not for movies or TV (to whatever degree those labels still make sense as “divisions.”). That might be a little too “on the nose” for a Hollywood columnist.

Then again, perhaps one could draw inspiration from the idea that previous film critics wrote movies like The African Queen or The King of Comedy. Or started the French New Wave.

Nonetheless, I was a finalist in the more recently opened dramatic podcast wing of the competition. To cut to the chase, though, I wound up not winning, and thus not stepping even more clearly through that fourth wall by heading up to the stage to make a (short) speech of my own. All of which was okay, really, since my own particular project’s unlikely blend of midrash, demonology, and noir went much further in the competition than I had any right to expect.

My table-mates (one of whom did win albeit in a different division) asked if I had a speech ready, just in case. But I didn’t, since I usually go to these things to write about other people’s speeches. Still, I thought of some things to say, just in case. They mostly involved gratitude. Amplified, perhaps, by the absolute tenuousness of the times we inhabit (that is, if something can actually be “absolutely” tenuous).

But no speech was needed, and instead, I settled into a more familiar award show groove, taking notes. There was the emcee saying that at this award show, “slapping wasn’t allowed!” (But if you felt a need to hit something, he continued, there was a Ted Cruz cutout in the lobby.) And there was one of the day’s honorees, Director James Gray, saying “cinema’s in a strange place right now — we don’t know what’s going to happen with it.”

That, in turn, was followed by a raft of short film awards, with one director from China, who’d just arrived the night before, saying she felt that despite everything, the act of filmmaking was still “fundamentally human and free,” while subsequent honoree, Nanny director Nikyatu Jusu, said “motion pictures have the potential to be empathy machines.” She was soon followed by producer Dede Gardner (there with director Sarah Polley, ahead of the release of their drama Women Talking), spoke of the “hijacking of reality,” in our present age, and the storyteller’s duty to understand the distinctions between “story” itself, and “witness.”

Elgin James, who emerged from the East Coast skinhead-fighting punk scene to co-create Mayans M.C. (and with fellow festival headliner Stephen Merchant, the Amazon Prime series The Outlaws), thanked Gardner for giving him his “first job out of prison,” and said there was a need for places and spaces like AFF, with its open gatherings, small “d” democratic spirit, and general atmosphere, because “Hollywood is fucking terrible.”

He also mentioned lively conversations with Merchant, ranging from quantum physics (and an inability to quite grasp it), “Elaine May’s chaotic directing style” (which suddenly prompted an urge to rewatch A New Leaf), and John Cassavetes’ neo-noir The Killing of a Chinese Bookie.

The general humanity coming from the stage reminded one of being drawn to cinema as an art form in the first place — long before the Nathanael West-like aspects of the business become apparent.

It was even possible to reflect on this with an air of sobriety since it wasn’t possible to get tipsy: no booze was involved with lunch. Sweet tea– being in Texas and all — was the order of the day. This was not, in that sense, an afternoon at the Indie Spirit Awards (though the dress code, or lack thereof, was similar).

That was probably for the best, however, since there were ample booze-laden mingling opportunities at night.

Indeed, mingle-wise, the AFF is the kind of place where a group of onlooker friends in a hotel lobby can go up to a writer of superhero blockbusters — without knowing who she is — and ask her to take their picture together. A task she happily complies with, perhaps because they weren’t asking for an introduction to her agent?

On her earlier panel, meanwhile — replete with one other high-powered writer, an agent, and a manager — she noted, in reply to a question about charting a successful career that “being an asshole doesn’t work anymore” (which is good, since it appears to be the go-to default in politics).

She also admonished would-be writers that scripts should “all be under 120 pages” now, given detectable bloat in the running length of films.

Certainly, not an issue with “narrative audio,” as it’s called.

We’ll have more from — or at least about — Austin next week, with some other views from the fest (and even some labor organizing updates) right around the cusp of our collectively fateful election day.

Empathy machines being, it would appear, still in short supply, given how badly they’re needed.

Mark London Williams is a BTL alum who currently covers Hollywood, its contents and discontents, in his recurring “Across the Pond” dispatch for British Cinematographer magazine, contributes to other showbiz and production-minded sites, and musters out the occasional zombie, pandemic-themed, or demon-tinged book and script, causing an increased blurring in terms of what still feels like “fiction.”

Mark London Williams’ Union Roundup column will appear every Tuesday. You can reach him to give him tips and feedback at [email protected]. He can also be found on Twitter @TricksterInk.

Budd Carr Reflects on His Career as a Music Supervisor

April 22, 2016 Scott Essman Featured, Film, News, Sound Comments Off on Budd Carr Reflects on His Career as a Music Supervisor

Oftentimes, to the detriment of the movie, the songs utilized throughout a narrative are chosen after principal photography is completed, almost as an afterthought. However, when the musical selections – separate from the composed underscore in a film – are seamlessly integrated into the scenes in a motion picture, they can be unforgettable, and as crucial to an overall film as any other aspect of a project, be it production design, casting, wardrobe and so on. Enter a master musical supervisor to handle said craft as meticulously and creatively as any task a crew member can undertake. Case in point, Budd Carr, who has supervised or consulted on the music incorporated into over 100 films and television projects dating back over 30 years. […]

On Sunday night in Los Angeles, the Academy of Motion Picture Arts and Sciences (AMPAS) held the 92nd Academy Awards where Neon’s Parasite made history as the first non-English-language film to win best picture at the Oscars. The film had four wins in total, including best director for Bong Joon Ho, international feature film and original screenplay for Bong and co-writer Han Jin-won. Universal’s 1917 received three awards: for visual […]

As a Junior Look Development Artist at Adelaide, Australia’s Rising Sun Pictures (RSP), Bridget Dinning is part of a team responsible for the aesthetic aspects of visual effects. Her job requires highly-developed technical skills and a discerning artistic eye to ensure that 3D characters, objects, environments and other assets are consistent in terms of color, lighting and style. Bridget assumed her current role in March, having joined Rising Sun Pictures  in 2019 […]