Editorial/post-production company Lost Planet has brought on Andrea MacArthur and Amanda Perry to further cement its roster of editors.

MacArthur wields a wealth of industry experience, from co-founding Whitehouse Post Editorial to launching her own operation, Peepshow Post Productions in 2001, before overseeing its alignment with NO6 in 2013. During her career, MacArthur has collaborated with notable agencies; Anomaly, BBH, Mother and Wieden + Kennedy, working alongside world-renowned directors such as Dante Ariola, Jake Scott, Noam Murro and Rupert Sanders. MacArthur, who has cut projects for brands including Nike, Xbox, Pepsi, Levi’s and Lexus, has earned Cannes Gold Lions, D&ADs, Clios, One Show Pencils and is also part of the permanent archives of the Museum of Modern Art with The AICP Awards. 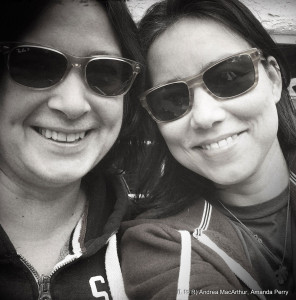 Perry has longstanding ties with MacArthur, having partnered with her fellow editor at Peepshow in 2002 and helping establish the company as an award-winning, global editorial boutique that specializes in commercials, content, short films and music videos. Perry, who has also earned her share of Cannes Lions, Clios, D&ADs and One Show Pencils through efforts for Levi’s, Orange, Playstation, Nike, Coca-Cola, Mercedes-Benz and Ford, has worked with filmmakers such as Antoine Fuqua, Malcolm Venville, Emil Moller and Traktor and agencies including BBH, CHI, DDB, Mother and Ogilvy.

Now at Lost Planet, the pair will contribute their vast editorial knowledge and unique vision into the company’s already robust team. Lost Planet EP Krystn Wagenberg praised the pair, “I’ve been a huge fan of Andrea’s work since we first met at The Whitehouse London, so it’s exciting having her on our roster. Amanda’s incredible talent and body of work speaks for itself. Immediately after sending her reel, we had two clients wanting to book her. Their complement of comedic, visual style and storytelling work only makes our team stronger.”

Cinematographer Don Burgess’ work on Wonder, directed and co-written by Stephen Chbosky, is based on the R. J. Palacio children’s novel of the same name. This heartwarming story follows young Auggie (Jacob Tremblay), who was born with a craniofacial abnormality and has undergone numerous surgeries, throughout his first year in the 5th grade of a traditional school. His parents (Julia Roberts and Owen Wilson) have homeschooled him up to this […]

A tragic and somewhat horrifying news story comes from the New York Daily News as Emmy-winning set designer Evelyn Sakash was found dead in her trash-filled Queens apartment after being missing for seven months. The body of the 66-year-old crafts person was found by her sister, Ellen Brown, under an avalanche of trash seven months after her sudden disappearance when Brown was visiting to empty the apartment of said trash with a professional […]

If you were to reflect upon the roster of amazing composers from the past twenty years, it wouldn’t take long to arrive at Composer Michael Giacchino, whose Academy, Emmy and Golden Globe-winning music has provided him quite a fanbase outside the amazing movie franchises in which he’s played a key role. 2004 probably could be seen as Giacchino’s breakout year, as he scored the JJ Abrams’ produced ABC series Lost […]