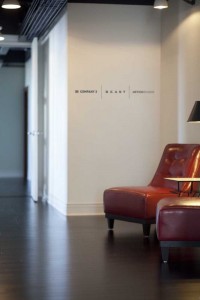 “I can’t say enough good things about the talent and creativity in this town,” said Stefan Sonnenfeld, president of Deluxe Creative Services Group and founder of Company 3. “Chicago’s creative community rivals those found on both the East and West Coasts and if our businesses should be anywhere, it’s Chicago. I am excited to build our presence and team with the amazing resources this city has to offer.”

By co-locating, the businesses will offer more efficient end-to-end project management and a seamless workflow.

Melissa Thornley, Beast’s executive producer, has been promoted to managing director for the combined Chicago location. Founder of Beast in Chicago, Angelo Valencia remains senior creative director. Method is relocating two of its top West Coast talents – executive producer, Krystina Shales Wilson, who has been leading some of the largest and most complex commercial projects in Los Angeles, and Gil Baron, a Method employee since 2000, who joins Method’s Chicago team as creative director.

“The ad community in Chicago is tight knit and there is camaraderie within the creative community that’s so rewarding to be part of,” Thornley said. “The talent is already here. Plus, we are bringing in amazing artists from other locations to provide a hub for inspiration, creativity and problem solving.”

Method Studios brings a comprehensive visual effects offering for both features and commercials and will house two suites for client-attended sessions, plus a hub of CG workstations for compositing, finishing, CG and design. Company 3 has a full-scale color bay and a second, fully calibrated, room with ‘virtual’ capabilities to allow clients the freedom and flexibility to work with any Company 3 colorist in Los Angeles, New York, Atlanta or London. Beast offers six edit/finish rooms and the editorial talent of Beast’s already established Chicago roster.