Boyhood is the third collaboration between colorist Parke Gregg and director Richard Linklater. Gregg works through, Stuck On On, an Austin-based facility that provides color grading and sound mixing. The colorist had previously worked with the director on the Hulu series Up to Speed and the feature film Before Midnight, so he is familiar with the director’s work and naturalistic style.

Techniques and workflows changed over the 12 year course of production. Although the whole film was shot on 35 mm film by two cinematographers, there were different crews, different lighting, different film stock, different labs and different lab-chemicals for processing the negative over the years, giving each year’s dailies different characteristics.

For editing, the picture was transferred to DV Cam, a standard definition (SD) format in use when the production began. Offline editorial used a video frame rate of 29.97 fps, instead of the now common film rate of 24 fps. This workflow meant there were issues gaining or losing frames when the Avid video edit was being re-conformed back to the key codes of film. Also by the time the edit was conformed, many of the workflows that the film originally employed were lost to new ways of working. 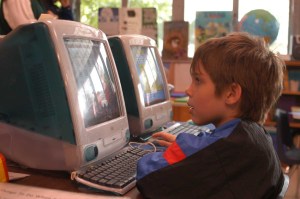 Assistant editor, Mike Saenz, working with Stuck On On and Los Angeles-based film scanning company Cinelicious developed a system to re-establish what the proper timecode was to each reel of film. “It was quite some mathematical magic to get that all back together,” Gregg marveled.

In addition, because Linklater and editor Sandra Adair worked with SD, they had less resolution when viewing the edit, making it more difficult to notice any imperfections in the picture. “It was less than awesome,” commented Gregg. “We did a conform back to the film scans and did a basic color pass just so they could really see the movie for the first time.” After viewing the conform, editorial decisions were made about shots with framing or focus concerns.

These types of technical issues posed unique challenges for Gregg during the post finishing of the film. “Think about it. Something that has accumulated over that many years of production, there were all kinds of new variables that were introduced,” shared Gregg. 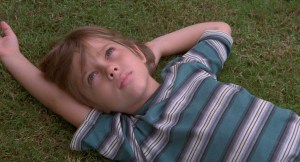 Ultimately, Gregg received a typical film scan – 10 bit DPX image sequences – that he brought in and conformed to the offline edit. He then worked with the up-rezed edit during the digital Intermediate (DI) process. No traditional film color-timing was done to the picture. The color-grading was all digital. “We ended up scanning the film reels in closer to a 3K scan. I think it was actually like a 2.5K scan and that was a full frame scan,” explained Gregg. “The framing for each shot was somewhere inside that full frame scan. It was scanned at a higher resolution so that I could properly frame it and still have a good 2K image that was our deliverable.”

The image actually captured on film is much bigger than the image that is being framed by the cinematographer, so the intended frame had to be recreated in the online. According to Gregg, on a typical project, the framing is established at the very beginning. The camera crew shoots framing charts to “dictate what that’s going to be.” Then the movie is shot on a continuous schedule over the course of a few weeks. 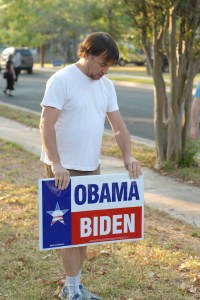 In this case, over the course of the years, every time the production resumed, the framing ended up different. “There were a few framing charts that I could use as a reference, but ultimately, I had to end up manually re-framing,” said Gregg. “Pretty much every shot of the movie. That becomes quite a task.”

Other issues that affected the original framing included different lenses, shooting with 3-perf in some instances and 4-perf in others, and framing for an optical track – a now defunct technology. Gregg also had to consider what was originally intended and what was the best framing for the shot. “There are all different ways of technically framing the shot in the camera for creative purpose,” continued Gregg. “But nonetheless it changed a lot, so we were tasked with matching that back up using the offline as a guide.”

Linklater wanted a very naturalistic feel for the film. “He wanted it to feel real so we avoided any heavy stylized look throughout the film,” stated Gregg, who commented that Adair shaped the edit so that the years seamlessly flowed together. “When you’re experiencing the movie, you often don’t realize that there’s been a gap. My goal was to not hinder, but to enhance that seamless flow.” 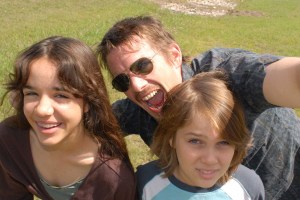 The main goals for the color grading were to make it look good, make it look natural and make it consistent. A lot of effort was put into matching the feel from scene to scene so that nothing would distract the audience from the flow. From year to year changes in things such as exposure and density required manipulation and tweaking during post finishing to minimize differences. “It was a huge head start being all shot on film. It was really in the nuances to make it all cut together,” revealed Gregg.

On this project, Gregg worked closely with Adair and Linklater. Once picture was locked Adair transitioned to a creative producer role overseeing the film all the way through the finish. “She and Rick have such a great relationship,” shared Gregg. “He really trusts her. She can oversee a lot of that, working collaboratively with me. Rick is always involved but he may not be there every day. One of the fun things working with Rick is that he’s very collaborative within the process. He really likes everyone’s input. It was a great experience.”