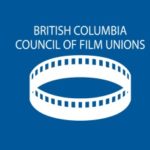 More good news for those hoping to get back to work comes from the Great White North, as unions in British Columbia have come to an agreement with a number of U.S. studios so that shows can resume production in Vancouver, according to Deadline.

This is a big deal, since problems between the two parties shut down production over safety protocols on Sony Picture TV’s The Good Doctor in June after some of the cast questioned the protocols on set and why they didn’t meet the safety protocols put forth by SAG-AFTRA. The studio and the British Columbia Council of Film Unions — made up of IATSE, Teamsters, International Cinematographers Guild locals, as well as various actors’ unions — were pulled into the conversation, and they had been in a standoff for two months.

Sony Picture TV seems to have worked things out with the BC Council , so that The Good Doctor can now resume production. Disney TV Studios has also worked out a deal with the BC unions to begin or resume on A Million Little Things, Mighty Ducks, Mysterious Benedict Society, Big Sky, and Turner & Hooch, while Netflix starts filming its series Midnight Mass in Vancouver after the streamer made a deal with the unions. (The actual deals have been kept confidential, but they’re all exclusive to each studio.)

Much of the dispute stemmed from the proper amount of testing and the “Safe Way Forward” protocols put forth in mid-June by a group of unions, including the DGA, SAG-AFTRA, IATSE and the Teamsters. All the discussions were about keeping the cast and crews safe when on set, which has become a complicated situation where not everyone has been on the same page.

It’s no surprise that Vancouver continues to be one of the most sought-after locations for film and television production, earning its nickname of “Hollywood North.” Besides the incentives offered over the Northern border, Vancouver is also fairly easy to get to by airplane, a trip of roughly three hours, which means those who come in from L.A. can often return home on weekends. What’s interesting is that the Deadline story doesn’t cover the fact that travel between the USA and Canada may be limited by recent spikes in cases in the former. Supposedly, any shows filming in Vancouver will involve some sort of quarantine from those entering from the U.S., so the luxury of traveling back and forth will probably be drastically reduced.

British Columbia has handled the COVID-19 pandemic better than many other Canadian districts, only having 4,358 confirmed cases with 3,533 already recovered and less than 200 deaths. (By comparison, Quebec has had over 5,700  deaths, and Ontario is at about half that number.) A small spike last week had British Columbia’s leadership calling on BC-born stars like Ryan Reynolds and Seth Rogen stepping forward to convince young locals to wear masks and social distance.

Regardless of said spike, the low COVID number makes Vancouver an ideal cog in the worldwide plans to resume film and television production. Arriving at an agreement between studios and unions about how that should happen had been one of the few roadblocks that needed to be overcome.

Will Smith’s production company Westbrook, Inc. has been hit by a mini-outbreak of COVID-19 as 10 staffers have tested positive for the virus. Westbrook did not give out a lot of information other than the fact that one unidentified production has halted that involved the infected workers. This is the first significant outbreak reported at a production company, so we’ll have to see how long this project remains halted and if it effects any of Westbrook’s other shows. Smith and wife Jada Pinkett Smith have been making shows about their “Life Under Quarantine” on Snapchat and Facebook Watch respectively.

Oddly, when I discussed doing this column with Below the Line publisher Patrick Graham a few weeks ago, he was talking about doing it as a daily column. I thought at first, it would only be two or maybe three times a week, but this is my second update after Friday’s New Zealand report.   Like the Vancouver update, that seemed too timely not to write about as soon as possible, because getting everyone back to work (safely!) on their respective or forthcoming shows is so important and critical right now, and it made more sense to get this information to you as soon as possible.

Email me at [email protected] if you want to add to this conversation, and I’ll be back tomorrow with another look at a region where production has resumed.

Qubec-based Hybride Technologies announced that it has signed a strategic alliance with Industrial Light & Magic (ILM). The relationship between Hybride and ILM began in 2013 while working on Pacific Rim. Since then, in conjunction with ILM, Hybride has contributed visual effects on Teenage Mutant Ninja Turtles, Unbroken, Tomorrowland and Jurassic World. More recently, the studio was entrusted by ILM to craft seamless visual effects for several sequences for Star Wars: The Force Awakens, which received an Oscar nomination for best visual effects and won the British Academy Award for best visual effects. […]

A Joint Letter to the Working Professionals in the Entertainment Industry

April 20, 2020 Olivia Gleichauf Community, Crafts, Featured, News Comments Off on A Joint Letter to the Working Professionals in the Entertainment Industry

In a joint effort to show support during the coronavirus pandemic, representatives of the entertainment industry’s guilds and unions came together to send a message to the workforce in this industry. Earlier today, this letter was sent to assure them of their continued efforts to secure relief, financial support and other assistance for the working professionals. The representatives of the guilds and unions that collaborated together include DGA President Thomas […]