Full Sail University is proud to announce the 12th Annual Full Sail University Hall of Fame induction class comprised of six graduates recognized for outstanding contributions to the world of entertainment, technology, media, and the arts. The induction of this new class of honorees will occur during Full Sail’s 12th Annual Hall of Fame Week, scheduled to be held March 6-11, 2022.

·         Career networking events focused on employment and mentoring for students and graduates.

·         Live musical performances featuring a variety of artists and genres.

In addition, several events will be available to the public via online streaming, including the induction ceremony to celebrate and recognize the following class of inductees: 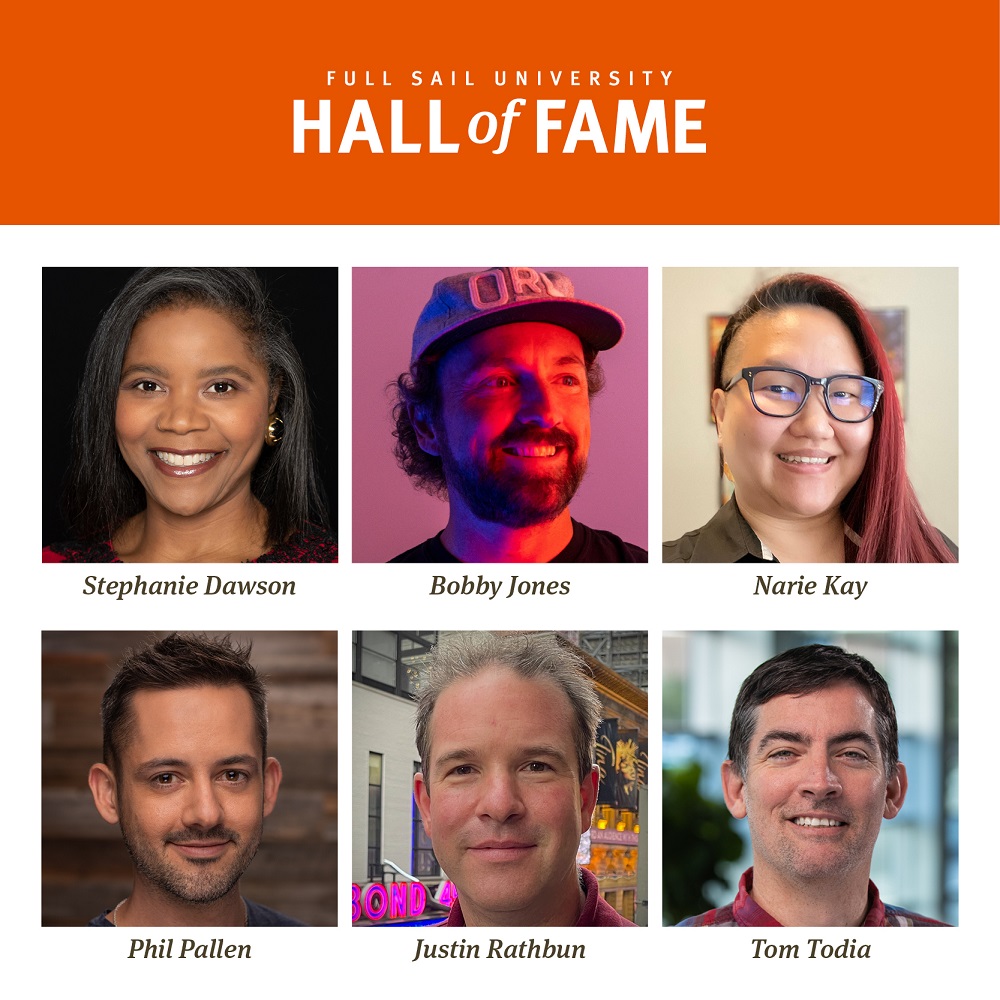 Since 2009, Full Sail University has celebrated the now time-honored tradition that is the Full Sail University Hall of Fame. Its purpose is to acknowledge those graduates who have made outstanding contributions to the world of entertainment, technology, media, and the arts throughout the university’s over 40-year history.

This honor serves as a tribute to the creative inspiration, technical brilliance, and determination of each inductee, their unyielding dedication to more than a decade of excellence in their professional career, and their heartfelt commitment to the students, faculty, staff, and alumni of Full Sail University.

Beginning in early November 2021, virtual panels and presentations dubbed “Hall of Fame Sessions” will be made available publicly via Full Sail’s YouTube. Additional information regarding events and special guests will be announced closer to Hall of Fame Week. Please visit the official  for more details and follow @FullSail to join the #FullSailHOF conversation on Twitter.

Scott Barella, Utah Scientific CTO, to Present on the SDI-IP Transition at SMPTE Bits By The Bay on May 25

May 17, 2017 Staff Community, Events, Gear, News Comments Off on Scott Barella, Utah Scientific CTO, to Present on the SDI-IP Transition at SMPTE Bits By The Bay on May 25

Scott Barella, chief technology officer at Utah Scientific, will present “Transitioning With Hybrid SDI-IP Facilities” on Thursday, May 25, at the SMPTE Bits By The Bay conference in Chesapeake Beach, Maryland. Barella’s presentation will take place at 11:25 a.m. at the conference headquarters, the Chesapeake Beach Resort and Spa. “In today’s complex broadcast environment, building a greenfield SVIP-based facility is challenging enough. But migrating an existing SDI facility to IP-based […]

Fox Studios showed Bohemian Rhapsody at the Blakely Theater on Saturday, Dec. 15. The Golden Globe Awards have short-listed the film for the best motion picture – drama. […]

December 13, 2022 Jeff Sneider Awards, Featured, Film, For Your Consideration, Industry Sector, Interviews, Music Comments Off on We Are Art Through the Eyes of Annalaura Director-Star Annalaura di Luggo on Highlighting Social Inclusion in Her Film Work and Music