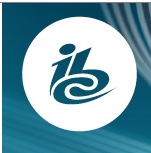 IBC2021, the annual International Broadcasting Conference, was scheduled to be held in Amsterdam in the Netherlands starting this Friday, December 3, but then, quite quietly, and right before the Thanksgiving weekend in the States, it was cancelled via a notice on the website last Tuesday, Nov. 23, which stated:

“IBC announces that the in person IBC2021 event has been cancelled. The move follows growing concerns about the COVID-19 situation in The Netherlands, which has deteriorated over the past week, and feedback from the IBC exhibitor and visitor
community.

The IBC Partnership Board made the decision today in order to prevent exhibitors and visitors from
travelling to The Netherlands.

Due to take place on December 3-6 at The RAI in Amsterdam, IBC20201 will now focus on bringing
the content and technology community together via IBC Digital.”

Yes, for a second year in a row the massive European-based trade show has had to cancel, this time after moving from its usual dates in September, but at least IBC Digital is free and can be attended without getting on a flight to Europe. What’s odd about the decision is that it was made after the Netherlands went into lockdown after a spike in COVID-19, but it took place days before the CDC announced that there was a new variant of COVID-19 dubbed “Omicron.” Apparently, that variant strain may have already been in the Netherlands before it was discovered in South Africa, so chances are that there will not be travel to or from the Netherlands from other countries.

Released on the 50th anniversary of the 1967 riots, Kathryn Bigelow’s latest psychological thriller, Detroit, tells the true story of what happened when the riots began and how a few bad cops turned a questioning of an unconfirmed shooter into the murder scene of three kids. And shockingly, were ultimately acquitted. Below the Line News hosted a special screening of the film at the Directors Guild of America on October […]

The Hollywood Foreign Press Association honored its picks for the top movies, TV shows and performances of the previous year at the 77th Annual Golden Globe Awards. With Ricky Gervais as host, the awards show kicked off the season at the Beverly Hilton in Beverly Hills, California on January 5, 2020. The night’s big winners included Quentin Tarantino, who won Best Screenplay, and whose film took home the Best Supporting […]

The American Society of Cinematographers has announced the completion of the construction of its new ASC ARRI Education Center. The education center was made possible through the support of ARRI, a leading manufacturer of camera and lighting technology for the motion picture and film industry. The official opening of the new structure coincided with the organization’s celebration of its 100th anniversary with members and sponsors. Located behind the historic ASC […]