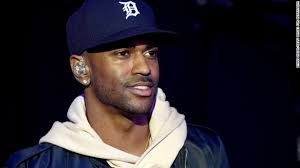 Sean “Big Sean” Anderson announced plans last week to build a revolutionary entertainment venue in his hometown that would house 10-12 movie screens as well as space for cultural events. He and his best friend, Lawrence Lamont, who has directed several of his videos, have started a film production company called Great Lakes Pictures. The duo hopes to follow the trail left by F. Gary Gray, the iconic producer and director who began his career directing videos for Ice Cube before ascending to direct such hits as Friday, The Italian Job, and Straight Outta Compton.

The Independent Film Festival of Boston seeks to discover emerging talent and celebrate the leading edge of cinematic story tellers. It’s a showcase for the best films from around the globe, and brings directors, actors, producers, sponsors, and attendees together in an interactive environment. Named Best Film Festival by readers of Boston’s Weekly Dig, IFFBoston was awarded the prestigious “Best of Boston” Award by Boston Magazine. Join the Boston community as they […]

Many filmmakers have submitted their 30-60 second films in the hopes of winning a grand prize film grant of $25,000 and two passes to the Tribeca Film Festival. These films are meant to express how the filmmaker celebrates what they care about most. It could be a small moment in their life, a special occasion, or an issue they are passionate about. The second and third place winners will get […]

The SXSW Film Festival – March 9-17, 2018 In its 25th year, the South by Southwest Film Program celebrates the talent both behind and in front of the camera. Nine days of screenings will host a diverse film lineup, programming ranging from independent films to comedies and genre standouts. The schedule includes 44 films from first-time filmmakers, 86 World Premieres, 11 North American Premieres, and 5 U.S. Premieres. This will […]