News Ticker
One of Showtime Sports and CBS Sports’ most highly rated original feature length docu-dramas, A Game Of Honor provided a unique perspective on preparations for the 2011 Army-Navy football game. Digital production teams chronicled U.S. Military Academy/West Point cadets and U.S. Naval Academy/Annapolis midshipmen throughout their intense military, educational and sports training as they readied themselves to serve their country and compete in this sporting event.

With shooting beginning in May and the edit gearing up in September, the team had three months to edit and deliver the events leading up to the widely anticipated 2011 Army-Navy game. With this tight schedule, including just 11 days between the Army-Navy game and the show’s airdate, director/producer Peter Radovich, Jr. and producer Steve Karasik enlisted frequent collaborator and Emmy-winning Sixteen19 creative editor Anthony Cortese for the cut.

“Last April, I had an epiphany about doing a documentary on training for the 2011 Army-Navy game,” said Radovich. “When Steve Karasik and I pitched it to CBS/Showtime execs, we got an immediate green light. When we kicked off production in May, I was a little concerned about pulling it together in just six months. However, Anthony and I had collaborated on a number of short-form projects at Sixteen19, and I had great confidence in his skills. I knew we could make this happen.” 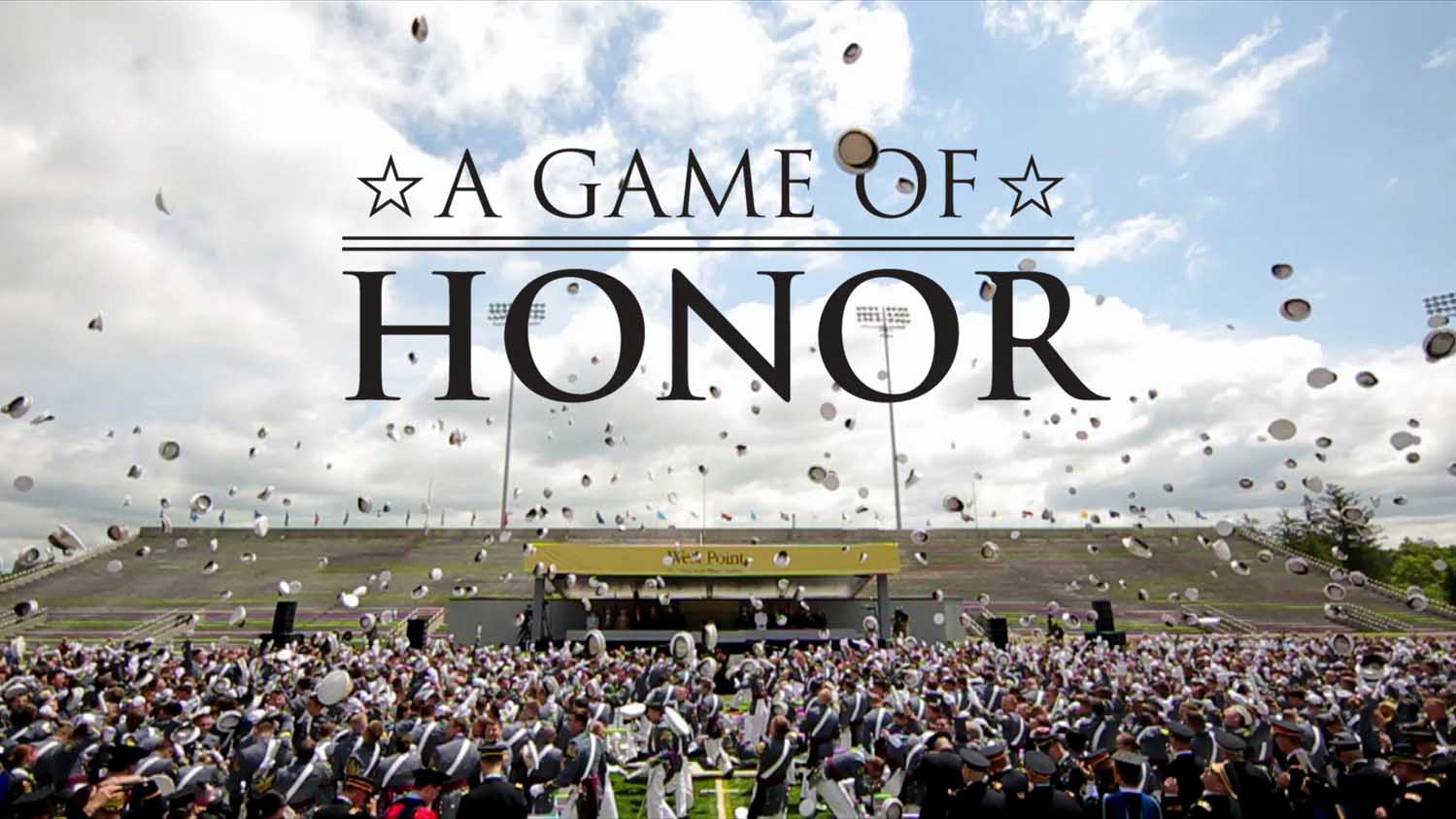 “A Game Of Honor, was one of the most complex and demanding assignments of my career,” Cortese said. “On most days, we had two cameras shooting on location morning thru night; on the field, in classrooms, dorms, gyms, all over both academies, but that ratcheted up to eight Canon 5D and Red Epic kits for the main event, The 112th Army Navy Game. They accrued nearly 500 hours of footage, which I cut on a daily basis on Avid Version 5 as it arrived in our edit suite. This project was a full-scale marathon.” Associate editors Quenna Gregorio and Chris Mole worked alongside Cortese to manage multiple story lines.

To keep track of the voluminous material, the Sixteen19 technical team worked with the project’s field producers to develop a dailies workflow that was both fast and efficient. With over 100 shoot days, distinct tape names, scene and serial numbers were critical for each clip. This system helped to transcend the timecode limitations of the 5D at the time, issues with sync sound and the fact that crews were often simply moving too quickly to slate.

“A tapeless workflow project of this scope required an extraordinary support crew,” explained Cortese. Sixteen19’s technical team collaborated closely with Cortese and a number of consulting experts to ensure accurate conversion of multiple archival formats to 24P. After picture lock, Sixteen19 senior colorist Brian Boyd worked around the clock to make the footage come to life. Boyd remarked, ”Balancing the multiple formats and shoot settings with such a tight deadline was challenging, but the timely and patriotic subject matter and the incredibly talented crew made for a rewarding experience.”

In addition to editing the two-hour CBS Sports docu-drama, which premiered Dec. 21 on Showtime, Cortese also edited a two-hour CBS TV cut as well as seven of the ten ‘webisodes’ created to promote the show online. Ranging in length from three to eight minutes, they provided fans with additional details and insights not included in the full-length program.

“The ‘webisodes’ were an entirely different mindset,” said Cortese. “They began airing in mid-October, and they continue to maintain a strong presence online today. We received reports that indicate they not only helped to attract a terrific audience to the Showtime and CBS presentations, but they’ve also attracted a rapt audience in their own right. We’ve heard stories about ardent online viewers who watch them repeatedly, literally studying them over and over. It’s gratifying to learn that your work is getting that level of serious attention.”

“We were cutting new footage up to a couple of weeks before airtime. We’re talking late nights and weekends here,” Rodovich concluded. “New story lines kept us constantly revising to make A Game Of Honor as exciting and timely as possible. We screened the show for West Point and Annapolis brass shortly before airtime. Their positive reactions confirmed our instinct about having created something very special. We hope to have the DVD out soon, which will stand as a lasting record of this amazing adventure.”